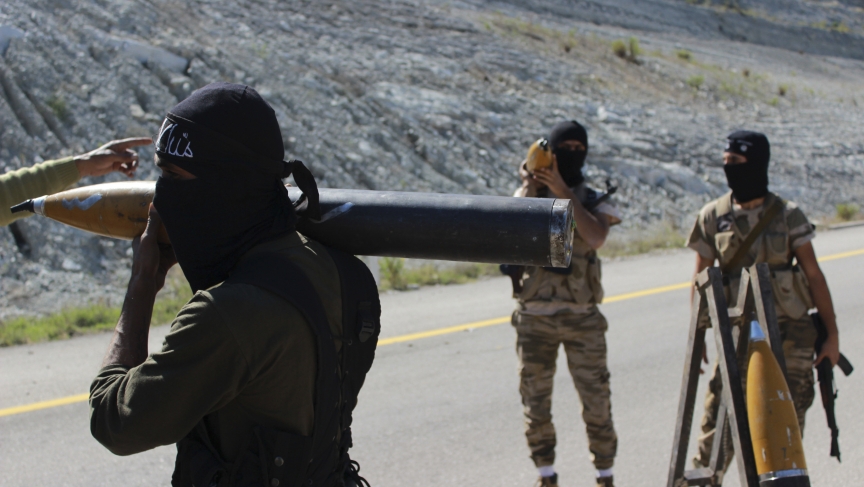 The war in Syria drags on and as the death toll rises, both sides need to recruit new fighters.

One macabre tactic is being used by Islamist rebels. They post images of dead fighters on social media.

"Sometimes parts of their bodies are missing, but they manage to pose the face in a way that it looks like they're actually smiling," says Washington Post's Joby Warrick, who has reported on this tactic.

The aim is to use hardline Islamic ideology for recruitment. The Islamist groups present these dead fighters as martyrs and heroes.

"For the Islamists, there is this belief that dying in the cause of Jihad is essentially the highest thing you can do, the most supreme sacrifice a person can make," says Warrick. "And there is this sense that if you do become a martyr, then you go immediately into paradise, your body doesn't decay."

He says "by posting these images, they're saying that if you come here, if you die as a martyr, this is a great thing that you're doing for the cause, for Islam, for Allah. And it has an appeal."

Warrick doesn't know exactly how successful this method is. Yet, he hears constant reports of fighters arriving from various places across the world, including Europe and North Africa.

"It's a very interesting dilemma for Twitter and some of these other social media sites, because they are well aware that they're being used," says Warrick. "But truth is, there's just way too many of these to try to monitor or to try to stop every one."

Warrick adds the social sites occasionally try to block an account that's being used by a known terrorist organization, but, over all, that has been unsuccessful in stopping the postings.

So far, Twitter has not specifically removed the images.

In the meantime, analysts say these tweets offer a rare glimpse into a world that is very difficult to get access to.