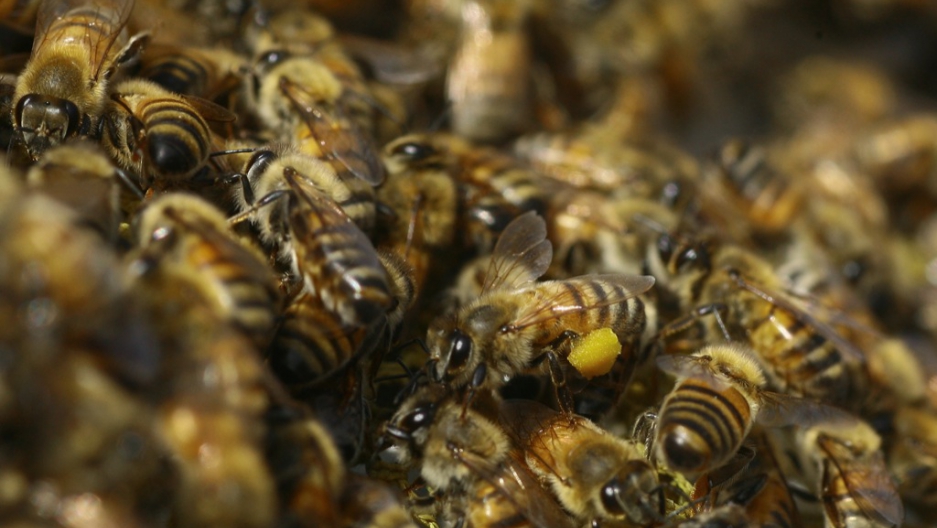 A pictures shows bees at an apiary near the central Gaza Strip refugee camp of Bureij on April 19, 2010.
Credit: MOHAMMED ABED
Share

A truck crash in Georgia spilled millions of unhappy bees and hives filled with honey out onto the interstate, prompting what must be among the more unpleasant cleanup operations in recent memory.

The incident began Sunday after a tractor-trailer transporting both bee hives and living insects overturned near Forsyth, according to ABC News.

"It looked like there was a rain cloud around everybody," Monroe County Emergency Management Agency director Matthew Perry said on Monday, according to Reuters. "There was a giant mound of honeycomb and bees."

Two lanes of traffic were closed for several hours as a salvage crew tried to recover the bee hives in one piece, according to the Macon Telegraph — while the displaced bees appear to have obligingly stayed near their former homes.

Why transport bees long distances in tractor trailers, when they are a known flying insect? The widely publicized drop in bee publications is key.

"The total number of managed honey bee colonies has decreased from 5 million in the 1940s to only 2.5 million today," a US Department of Agriculture statement explained.

"At the same time, the call for hives to provide pollination services has continued to increase. This means honey bee colonies are being transported over longer distances than ever before."

This isn't the first time, either: in October 2011, a truck transporting bees residing within 46 hives crashed in Utah, releasing 25 million insects into the ether. Several people were stung in the ensuing mayhem.

Combine live bees and transportation, and you get the potential for more weirdly honey-filled crashes in the forseeable future.

Here's video from the BBC of the bee-pocalypse situation: