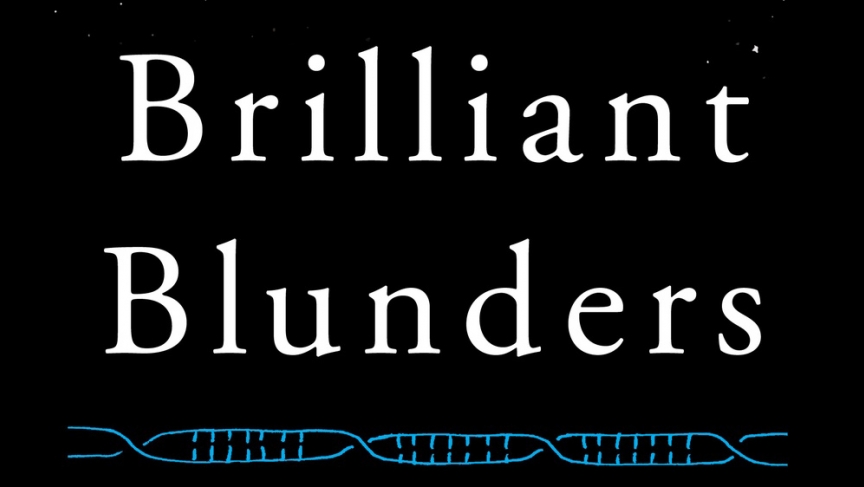 But over the course of their careers, they each made tremendous errors — not just faulty equations, but fundamental misunderstandings. In Brilliant Blunders, Mario Livio showcases those failures and the surprising discoveries they led to.

“Science is presented as this direct march to the truth,” said Livio, a NASA astrophysicist. “Being a scientist myself, I know that’s very far from the truth. So I really wanted to give this picture of the zig-zag path with lots of false starts.”

Take Einstein, for instance. When he was working on his theory of General Relativity in 1917, he thought that the universe was static — it wasn't expanding or collapsing.

"But he knew that there is gravity everywhere," said Livio. "Everything attracts everything else. So how can it be static? It should just be collapsing."

To account for his belief that the universe was static and in equilibrium, he came up with a “cosmological constant,” a number that would represent a kind of repelling force that would counteract gravity, and he added that to his equations for General Relativity.

In the late 1920s, astronomers discovered that the universe was actually expanding. According to Livio, "Once Einstein heard that, he said, 'but wait a second, if it's all expanding, I don't need this accurate balance because all that gravity would do is slow down that expansion.'"

Livio said Einstein regretted adding that cosmological constant to his equations and he pulled it out.

By the end of the century, however, scientists would conclude that the universe was not only expanding, but the expansion was actually accelerating.

“As far as we can tell,” Livio explained, “the thing that’s driving this speeding up is precisely that extra repulsive term that Einstein put originally into his equations.”

In other words, Einstein was right from the start, but didn't know it. And when he thought he had fixed his equations, he actually made them worse.

Livio thinks the popular, but as-yet-unproven, concept of string theory could be the blunder of our generation of physicists. Livio wouldn’t mind if that were the case.

“Very interesting mathematics and ideas have been developed, so I think even if it turns out to be a blunder, it will most likely be a brilliant one,” he said.

"One of the problems with blunders is that you can only tell that they are blunders after the fact."