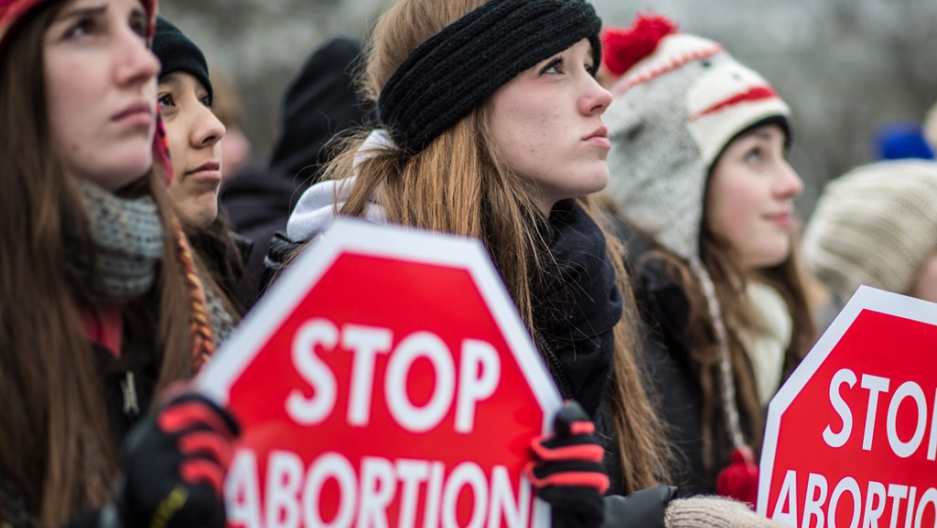 Anti-abortion protesters attend the March for Life on January 25, 2013 in Washington, DC. The pro-life gathering is held each year around the anniversary of the Roe v. Wade Supreme Court decision.
Credit: Brendan Hoffman
Share

Abortion clinics in Texas began to close their doors or halt procedures as the state's restrictive new abortion law goes into effect.

At least nine facilities have ceased operation, according to the Texas Tribune, and clinics still performing the procedure were flooded with calls and visits by women from across Texas and neighboring states seeking alternatives.

"They're calling from all over -- Fort Worth, West Texas, all over Dallas, Oklahoma, everywhere," Betty Pettigrew, director at Routh Street Women's Clinic in downtown Dallas, told Reuters.

About one-third of the 36 clinics offering abortion services in Texas are expected to close or cease operations -- affecting an estimated 20,000 women.

The restrictions require any doctor providing abortions to also have the credentials to admit patients to a hospital within 30 miles of where the procedure is taking place.

Supporters say the law is meant to protect women and babies by making sure emergency services are nearby in case something goes wrong.

But opponents claim it's designed to make abortions impossible to perform in rural parts of the Lone Star state.

Planned Parenthood sued over the law and won an injunction on Monday preventing the regulations from going into effect.

Observers say the case is much bigger than Texas and could end up before the US Supreme Court.

"Having the 5th Circuit throw down this gauntlet will have ramifications for other cases," Elizabeth Nash, policy analyst with the Guttmacher Institute, a New York-based policy and research center that advocates reproductive health rights for women, told USA Today. "This case has legs."