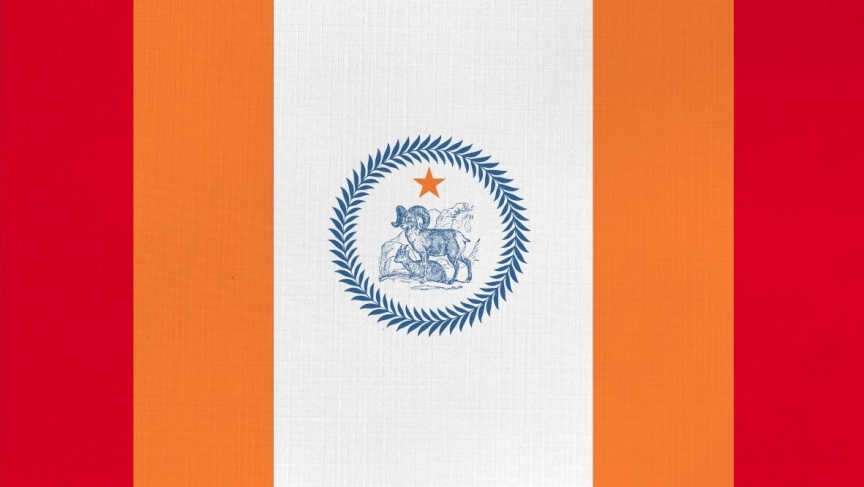 Supporters of the idea of of Baja California secession have proposed this flag for their new republic.

This week, Mexican lawmakers approved a measure to raise the sales tax in Baja California and other border regions from 11 percent to 16 percent — the Mexican national norm.

Until now, border regions have had a lower sales tax than the rest of the country, to keep consumers from crossing the border into the US to do their shopping.

So some border residents will be taking to the streets this weekend in protest. And others are calling for even more drastic action.

A Facebook group calling for Baja secession has received 131,000 likes in the past few weeks. “Baja California for Baja Californians,” wrote one supporter.

But long-time border reporter Sandra Dibble says the secession movement is about more than just taxes.

"There's this longstanding feeling on the Northern border — 'Look, we're a different region. We're right next to California ... we have to compete day after day with the United States. We offer hope to a lot of Mexico and we're also an escape valve for people in poorer regions of Mexico who come here to find work and hope for the future,'" she said.

Many feel the higher sales tax in a region so close to the US is a direct threat to that hope.

Dibble thinks the Facebook group's large numbers are "a measure of how people are feeling." She says many in Baja California feel central Mexico just "doesn't get" Baja, and this is yet another example.