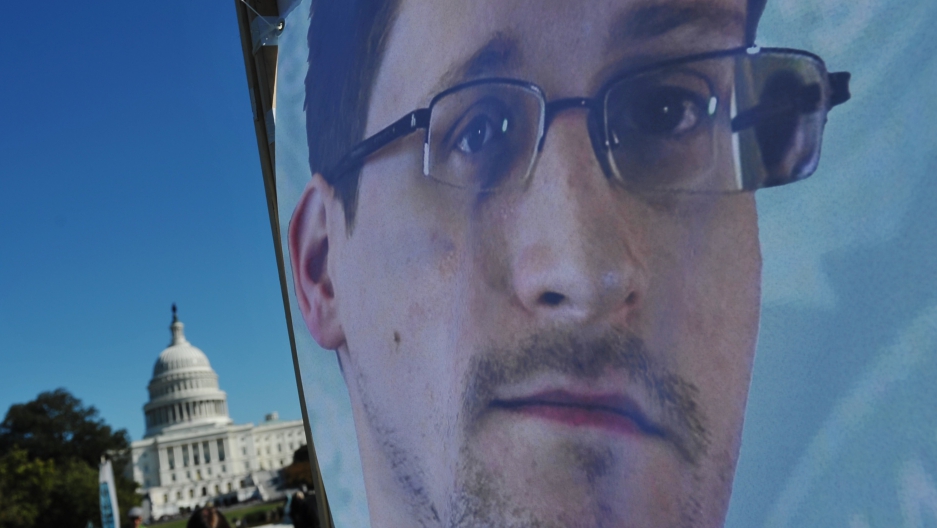 Near-daily revelations from documents stolen by Snowden are rocking Washington's relations with some of its closest allies.
Credit: Mandel Ngan
Share

MOSCOW, Russia — Washington may consider him a traitor, but the Russian tech world sees something in former National Security Agency contractor Edward Snowden, who's currently escaping US prosecution in Russia, where he has temporary asylum.

“He will be involved with support work at a major Russian website,” he said.

But Kucherena, who has appeared to act as Snowden’s sole representative in Russia, refused to disclose the name of the company for what he said were security reasons.

Speculation has swirled that the former NSA contractor, who fled to Russia in June after exposing details of major US surveillance programs, would take a job at VKontakte, the country’s most popular social network.

VKontake founder Pavel Durov offered Snowden at job at his firm in August.

“I think it would be interesting for Edward to become involved with protecting the personal date of our millions of users,” Durov wrote on his VKontakte page.

But Russian news portal Digit.ru quoted a top company manager saying he had no knowledge of Snowden’s possible employment at the company.

“This is the first time I’m hearing this,” technical director Nikolai Durov said. “If that is the case, I haven’t been informed yet.”

In the photo, the person — who bears a striking resemblance to Snowden — is dressed in a red short-sleeve shirt and a cream-colored newsboy cap. He is leaning over the side of boat with Moscow’s Christ the Savior Cathedral in the background.

Details of Snowden’s life in Russia remain scant. Even his whereabouts are unknown, and his purported moves garner occasional speculation here.

LifeNews claimed earlier this month that it had obtained a snapshot of Snowden grocery shopping in Moscow. Kucherena told the outlet it was in fact Snowden, but that he was not in Moscow.