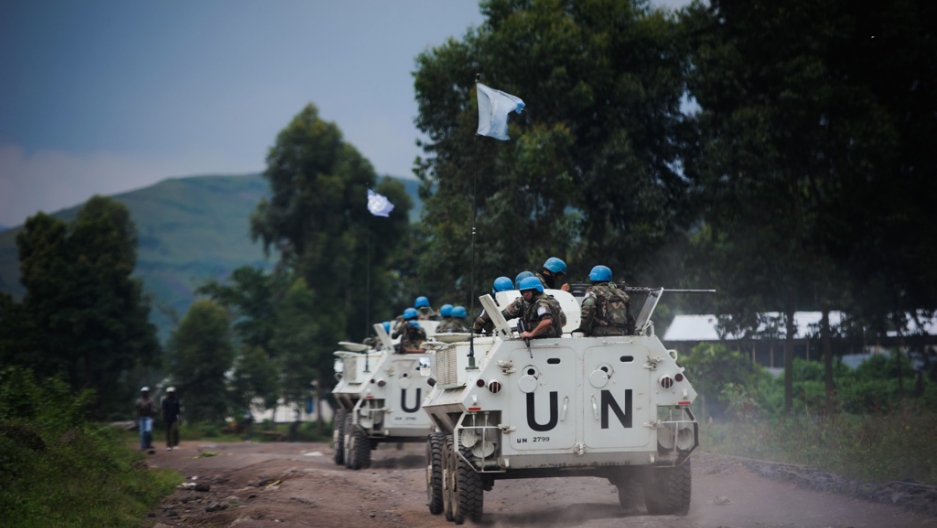 NAIROBI, Kenya — Is a bloody conflict in a key part of Africa coming to a surprising end?

A rebel group that less than a year ago seized control of the largest city in the east of the Democratic Republic of Congo has suffered a string of military defeats during an unusually effective offensive by the Congolese army, backed by a United Nations peacekeeping force (MONUSCO).

On Wednesday, rebel leader Bertrand Bisimwa fled into neighbouring Uganda, sealing a humiliating turnaround for the M23 rebels who briefly held the city of Goma last year. The rebels have occupied a string of towns in eastern Congo for the last 20 months.

The M23 is now clinging to a small patch of territory close to the border town of Bunagana. Aid workers say thousands of people have crossed into Uganda to escape fighting as Congo’s army, the FARDC, continues its advance.

The offensive began on Friday following the collapse of yet another round of peace talks between the M23 and the Congolese government in Kampala, Uganda.

With the help of the UN’s new Force Intervention Brigade, which has a more robust mandate to attack rebel groups, Congo’s army advanced on multiple fronts and stretched the M23 to breaking point.

The rebels retreated from a string of towns over the following days. The loss of a large military base at Rumangabo and the rebel capital Rutshuru were heavy blows to the M23. The precipitous collapse of the formerly strong rebel force has taken many by surprise.

Analysts say that while the UN force played a key role, more decisive have been changes in the leadership of the Congolese army at both national and regional levels following its humiliating defeat and the loss of Goma in November last year.

“Kinshasa changed and streamlined the army’s leadership, simplifying the command structure and getting rid of dozens of extraneous officers,” said Jason Stearns, a Congo expert and author of the book 'Dancing in the Glory of Monsters.'

Deployed to the east, Major General Bahuma Ambamba and his senior officers are credited with remaking the soldiers under their command, turning them from an ill-disciplined and predatory rabble into an organized and effective fighting force.

“The Congolese army is behaving in a more professional manner and a lot of that is to do with the new leadership,” said Timo Mueller, a Goma-based researcher for the Enough Project advocacy group.

“The logistics also worked this time and MONUSCO has been more involved. That has all boosted their morale,” said Mueller.

Briefing the UN Security Council on the situation this week, MONUSCO head Martin Kobler said that the M23 had abandoned almost all of its positions. “It is practically the military end of the M23,” he said.

Mueller said declarations of the M23’s defeat were, however, premature. “This is a dramatic point in the history of the M23 but I wouldn’t say it’s the end of the M23,” he said.

What happens next, analysts say, will depend heavily on Rwanda, which is has been accused of supporting the rebellion since its start.

The M23 rebellion began in March 2012, led by former members of a rebel group called the CNDP that was backed by Rwanda and made up of mostly ethnic Tutsis.

M23 leaders accused the government in Kinshasa of backing out of a deal that was supposed to integrate the former rebels into the Congolese armed forces. They took the date of that deal, March 23, 2009, as the name for their new group.

Rwanda has consistently denied all the claims, but has come under international and regional pressure as a result of the allegations. The latest UN report, published in July, said that Rwanda had reduced its support to the M23. That likely played a key role in the group’s losses this week, according to analysts.

“The key question is what the M23 losses tell us about Rwanda’s position,” said Stearns. “Rwanda could have stepped in and didn’t.”

Despite the M23’s significant setbacks, observers say it will take more than military action to bring lasting peace to eastern Congo. There are many other armed groups in eastern Congo which are widely seen as symptomatic of underlying problems of governance.

For the last two decades, the mineral-rich region has been afflicted by overlapping rounds of conflict which have frequently involved neighbouring countries and their proxies.

Speaking this week, US President Barack Obama’s special envoy Russ Feingold made a plea for a political solution.

"I hope that President [Joseph] Kabila and others in [Congo] see this chain of events that have occurred as something that enhances their credibility as a military, but that there are enormous risks in simply moving forward, believing that a military solution is the full answer," Feingold said after a visit to the region.

He warned that ignoring the political and regional dimensions of the conflict “risks bringing in other forces into this matter that could lead to a cross-national war."

For now, anyway, talk of negotiations is likely to fall on deaf ears as Congo’s army chalks up some all-too-rare rare battlefield successes.

“From Kinshasa’s point of view the time for talking is past,” said Stearns. “If they can defeat the M23 it will be the first major victory the Congolese army has ever won.”