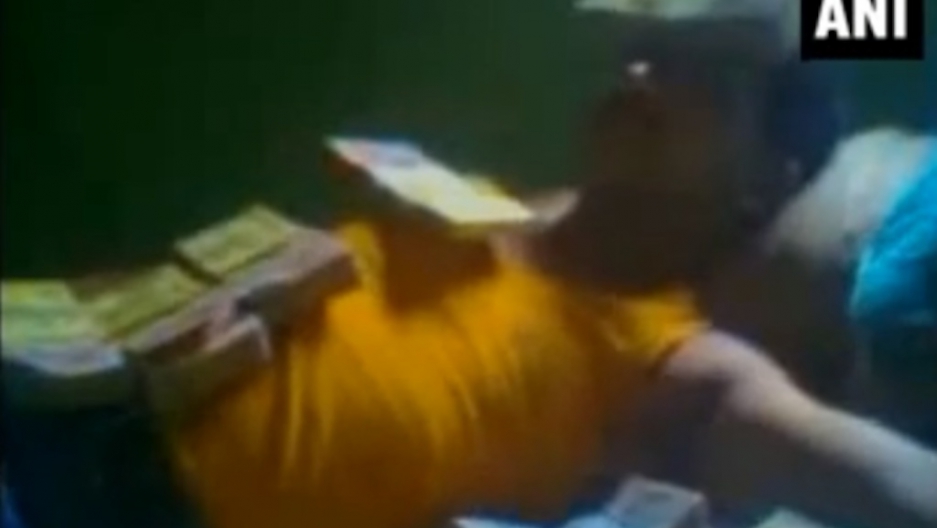 Indian Communist Party politician Samar Acharjee is seen lying in a bed of $24,000 in cash. A friend took a cellphone video of Acharjee covered in rupee notes that has now gone viral and cost the 43-year-old his position with the political party.
Credit: Screengrab
Share

Indian Communist politician Samar Acharjee thought he was living the dream when he decided to take a nap in a bed of $24,000 in cash, but the rest of the country didn't find his cellphone video so funny.

When Acharjee, an official with India's Communist Party in the northeastern state of Tripura, decided to have a friend record him lying on top of and covered in stacks of rupee notes, he never imagined it would go viral and cost him his position with the party.

"I have withdrawn 20 lakhs from my bank account and fulfilled my long cherished dream of sleeping on a bed of money," Acharjee says in the video.

He brags on camera that the money surrounding him is just a fraction of the $110,000 he gets from government contracts and declares that he is not a hypocrite like other Communist leaders in Tripura, who "depict themselves as proletariats."

Acharjee even says his new goal is to sleep on a bigger bed of cash, with maybe six times as many notes.

"It's like people who have dreams of visiting the Taj Mahal or riding a horse," he later said in a telephone interview with the Los Angeles Times. "My dream was to sleep on a bed of money. It was just a joke."

The irony of Acharjee's comments about his fellow Communist politicians — and what angered them the most — is that Tripura's chief minister, Manik Sarkar, is widely known as the "poorest chief minister in India" and reportedly only has $250 in his bank account. He is also said to be one of the most honest political leaders in the country and donates his entire monthly salary to his party.

After a brief meeting among the Communist Party's leadership, Acharjee was kicked out of the party for "anti-Communist ideology" and "staining the image of the party."