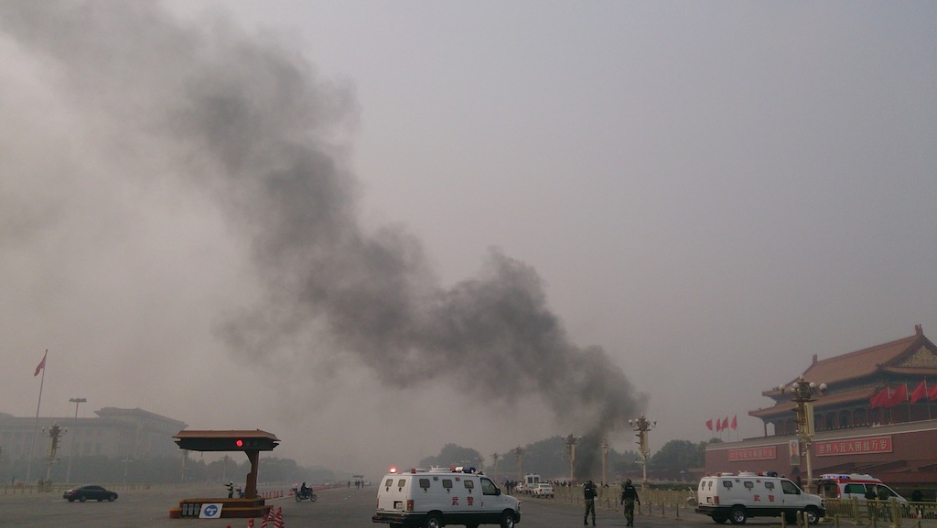 Police cars block off the roads leading into Tiananmen Square as smoke rises from a deadly car crash on Oct. 28, 2013.
Credit: STR
Share

Broadcaster CCTV said, "The arrests were made 10 hours after the incident, which has now been identified as a terrorist attack."

Authorities suggested an ethnic Uighur from China's restive Xinjiang region was responsible for the attack, which killed three people inside the car and two outside it.

Police said Usmen Hasan — a name that indicates Uighur ethnicity — drove the car with his wife and mother inside, and it contained gasoline filled devices, a flag with "religious extremist content" on it, and knives, according to Reuters.

Xinjiang is a western region controlled by China and home to a minority group known as Uighurs, some of whom criticize Beijing for attempting to control their way of life. In recent years there have been outbreaks of deadly violence between Uighurs and Chinese officials.

The BBC reported that authorities may still be searching for additional suspects, citing a police notice that sought information on eight people.