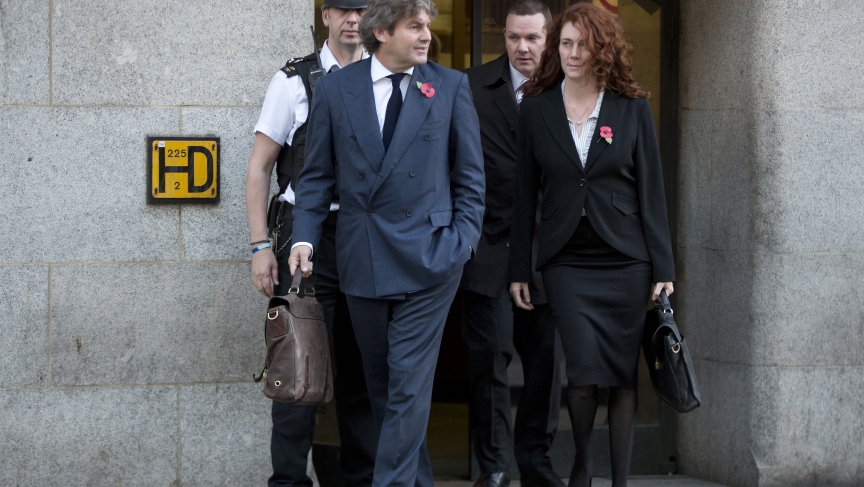 These are difficult days for those who value their privacy — whether you're a high profile politician, a celebrity chased by the paparazzi or just an ordinary citizen who owns a cell phone.

In Britain, the debate over privacy has moved away from the NSA and back to the media. Earlier this year, a number of newspapers were found to have illegally hacked into the voicemails of celebrities and crime victims.

Jury selection is now underway in the trial of former News of the World editors Rebekah Brooks and Andy Coulson, whose publication has been accused of using these tactics in their reporting. It's triggered a vigorous debate about whether Britain needs some kind of state regulation to keep its press well behaved — and whether politicians can be trusted to oversee this process.

Matthew Parris, a columnist for the Times of London and one-time member of Parliament, said there's a delicate balancing act between protecting privacy without hurting the free flow of information.

"No one feels very sentimental about the privacy of communications within government," he said. "On the other hand, when the press appear to be delving into the private lives of completely innnocent citizens who are not politicians, people instinctively go onto the side of those individuals."

And while most can agree that sort of behavior is beyond the pale, Parris is entirely disinterested in government regulation of media.

"I hate the idea that any newspaper or magazine, big or small, should have to go to an organization that is in position to deem what is and what is not in the public interest," he said. "I think the only criteria is truth."

Parris says the revelations of NSA spying, and to a lesser extent spying by the British GCHQ, has horrified people and increased public outrage over snooping and eavesdropping of any kind. But he's loathe to draw connections between government spying and hacking or spying by the media.