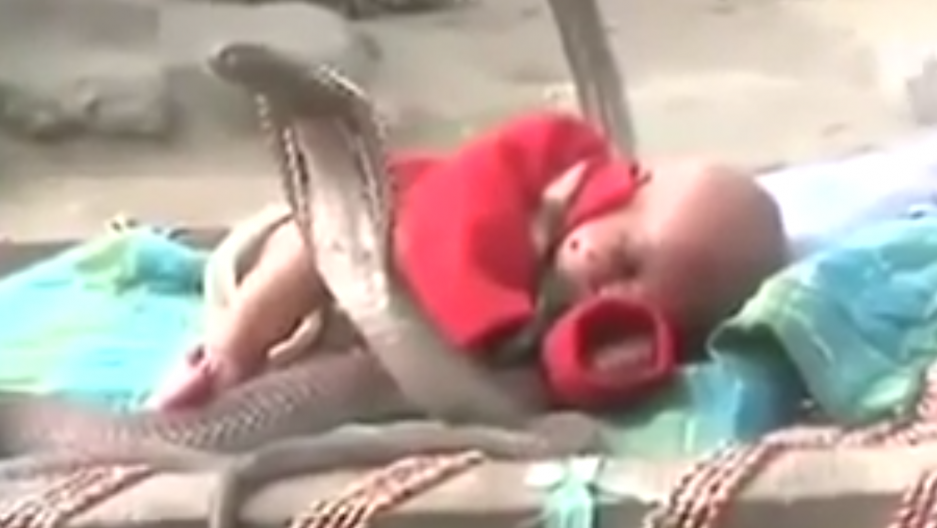 Most of us have had babysitters and many of us had ones we did not like or who we thought were too strict.

One baby in India apparently has the babysitter(s) from hell: four cobras who slither and hiss when annoyed.

Reports suggest the cobras were left with the baby to protect it.

While one would think that leaving cobras with a child would be like leaving wolves to guard sheep, the snakes appear to be taking their job seriously.

They sit like hovering sentinels, their head flaps aggressively flared in case someone gets close.

The baby sleeps calmly, apparently having spent some time with snakes in the past.

It is unclear what the context is but it could be the work of a snake charmer.

The snakes, hopefully, had been defanged.

Keep in mind that GlobalPost cannot independently verify the validity of this video or what is taking place in it.