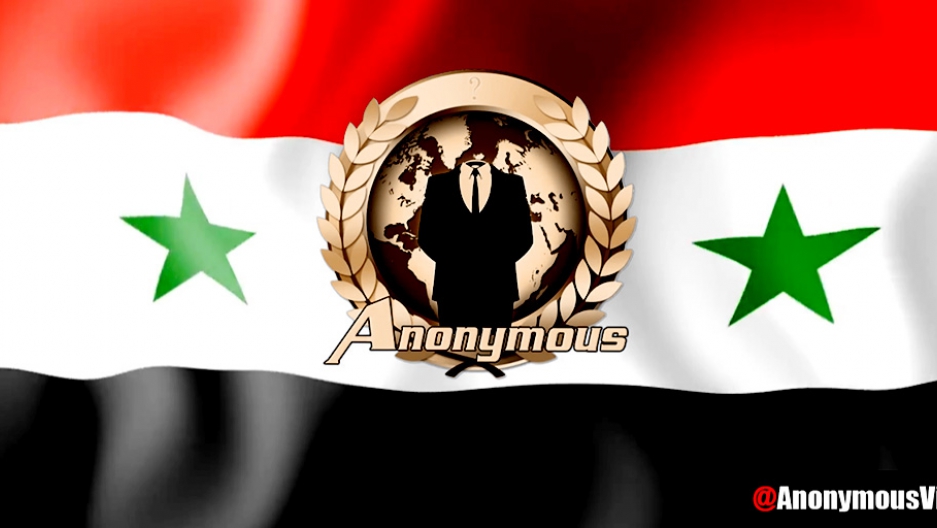 Hackers within the Anonymous collective are intensifying their campaign against the Assad regime, leaking information stolen from servers used by gov.sy web domains and targeting further government systems for attack.

Anons behind the ongoing OpSyria recently gained access to servers used by the Syrian Patent Office, hosted at spo.gov.sy, and leaked internal documents. The documents, provided to GlobalPost, included information on patent office operations and product and promotional images stored in the file index used by spo.gov.sy.

With a number of Anonymous factions working under the banner of OpSyria, a clear message of intent is often hard to determine. Those involved in the operation have not sided with any Syrian opposition groups, nor have they declared any alliance with the Free Syrian Army or other anti-Assad militias.

But hackers involved in the operation say they consider all Syrian government systems targets. And they hope to find documents through their hacks that incriminate the Syrian regime for its involvement in a civil conflict that has cost well over 100,000 lives since 2011.

“Finding documents regarding the use of chemical weapons is a top priority but the hacks are a great way for us to show the Syrian Regime, ‘Hey. We're still watching you — and we're going to keep doing this until your people realize that they are our ally,’” said an Anon involved in OpSyria.

“If we could find vulnerabilities to actually attack the military security of Syria, we would be pretty happy with that. But leaks are useful for embarrassing the regime [and] at the same time for increasing coverage for OpSyria,” they added.

Last year, Syrian rebels enjoyed massive support from international hacker collectives like Anonymous, which launched several attacks on the Assad government. Early in 2012, Anonymous said it accessed several regime email accounts, including an account belonging to the Syrian president. Anonymous renewed their pledge to support Syrian hackers last November as the Assad regime threatened to shut down internet access across the country.

But after several arrests and convictions, an earlier incarnation of Anonymous’ OpSyria ground to a near-halt in March, while the pro-Assad Syrian Electronic Army (SEA) gained strength in the cyberwar.

Because of the group's fluid membership, today's OpSyria is distinct from the group of the past. Anons involved have recently gained new access to several systems used by the Syrian government. Should one of them find a vulnerability that allows them inside, they will save the database, and discuss internally if the information warrants release, the OpSyria hacker told GlobalPost.

More from GlobalPost: GlobalPost hacked by the Syrian Electronic Army

The Syrian government, which has periodically cut internet access during the course of the civil war, has been quiet on the issue of hacking. However, a 2011 report by the Committee to Protect Journalists credited Assad with having acknowledged and endorsed SEA activities in a rare statement.

Anonymous said they have several people working nearly full time looking for vulnerabilities in Syrian government websites. "We'll continue to get access to information when we get the opportunity. The message for the Syrian Regime is this: 'We are already inside your databases,'” the Anon involved with OpSyria said.

OpSyria Anons say they are also concerned with ensuring that their actions do not endanger innocent lives or lead to any sort of military action that could potentially harm civilians.

“Rather than linking up with other groups, each Anonymous activist works under the Anonymous banner to help the people in Syria. What we'd love most would be for the UN to bring humanitarian aid to the citizens,” the Anon said.