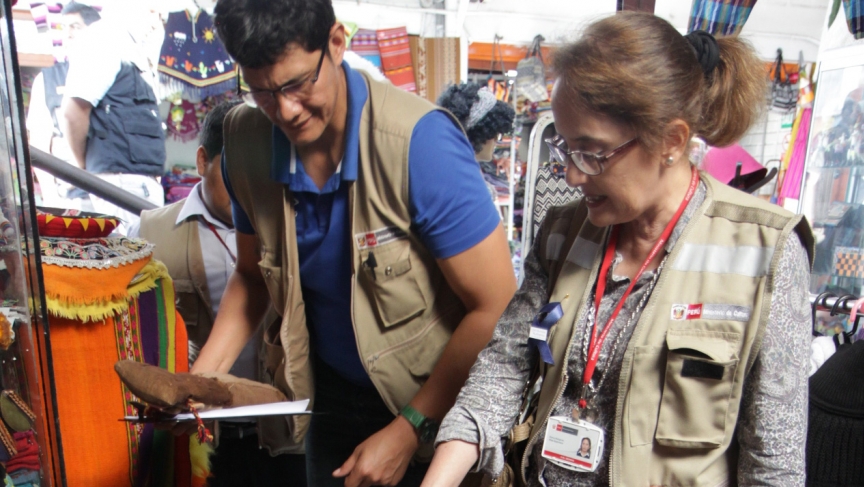 courtesy of the Peruvian Ministry of Culture

Peru’s Ministry of Culture looks like a cross between a Soviet-era high-rise and an Incan fortress. And, in a tiny office on an upper floor, historian Blanca Alva is rushing through a pile of work.

Alva is in her 50s, and typically wears colorful knit cardigans. She has been deaf since childhood, and communicates by speaking and reading lips. Alva is the key person in charge of defending Peru’s “cultural patrimony,” and it’s a pretty crazy job.

Peru's economy is exploding, and so is the real estate market here. In the capital, Lima, housing has gotten so tight that it's spilled over into some of the country's archaeological sites. Those sites are supposed to be protected, but land traffickers have been selling fake titles, leading people to build homes and even entire neighborhoods on top of important ruins.

Blanca Alva tells a story of how, a few years ago, she had to spend the holidays keeping thousands of people from moving into an archaeological site.

“The squatters closed the highway,” she says. “They threw rocks and launched Molotov cocktails at us. But with the help of police, we were able to carry out the eviction — and that was how I spent Christmas.”

Alva says she’s constantly running up against the limits of her job. For one thing, she heads a team of just four people, including her, and Lima alone has more than 400 ruins.

“The problem with Peruvian law is that you have to evict people in the first 24 hours. Once the 24 hours are up, you can’t evict; you have to take it to court.” 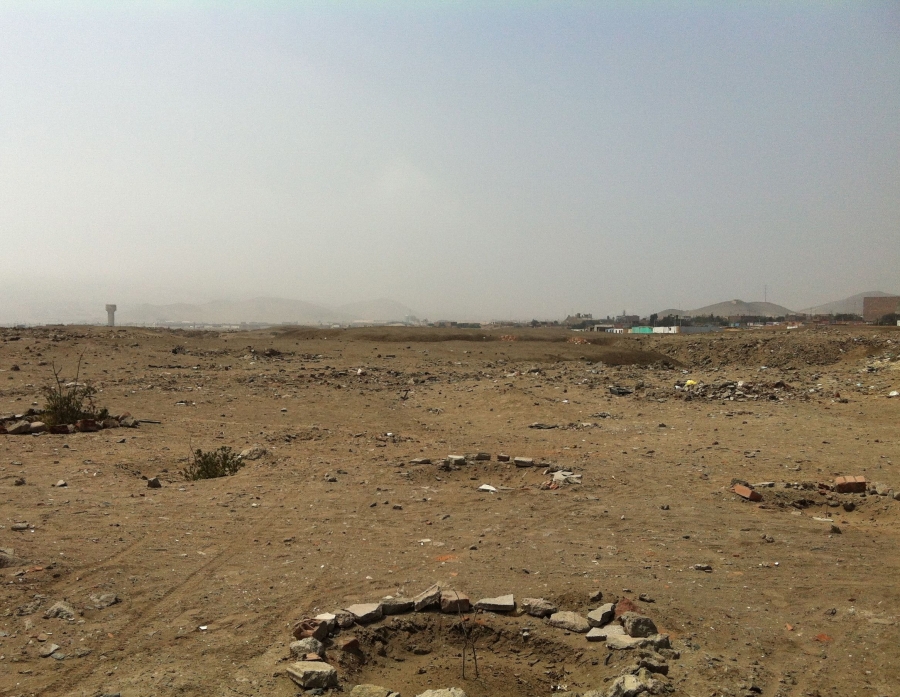 Necrópolis Miramar, an ancient burial site in Peru, where people have been living illegally for almost ten years. Many were sold fake deeds, and now it's difficult to evict them.

And in court, it can take years to move people, if it happens at all. Take a site called Necrópolis Miramar, where people have been living for almost 10 years. It’s a dry, windy plain next to a highway, in the seaside district of Ancón. There are about 200 small houses, clustered together, and a lot of trash — broken concrete blocks, diapers, boxers, pantyhose.

There are only a few small signs telling people that it’s a burial site, and at first glance, it doesn’t seem anything special. That was what 24-year-old Flor Gomez thought, when she bought a plot here. The deed later turned out to be a fake, and the site, an important ruin.

“I didn’t know the ruins were right here,” says Gomez. “I said, okay, it must be somewhere nearby. And when I was told that this is Necrópolis Miramar, I started to do research, and that was when I saw the maps, that all of this is part of the archaeological site” — including the ground under the converted shed where Gomez lives with her mother.

Gomez, who herself studies history, says she was shocked to learn she was living atop a pre-Hispanic cemetery.

And local officials do little to keep more people from moving in. Jorge Arellanos is a municipal employee in charge of sites like Necrópolis Miramar. On a recent visit to the site, he conceded that it was his first time at the ruins. And he refused to go near Gomez, or any of the homes.

“It’s a security issue,” he said. “People always get defensive, since they think we want to kick them out. Culturally, we should do it. But, legally, they know that we don’t control that area, and that we can’t do it.”

Lack of cooperation from local governments and police, says Blanca Alva, makes it hard for her team to protect sites.

“We’re like firefighters, and we don’t have the resources or the people. An archaeologist calls and says, come quickly, they’re destroying an ancient wall, and it takes us two hours to get there. By the time we do, it’s been destroyed.”

As housing prices in Lima increase, so do takeovers of important ruins. Alva says in the first half of this year alone, there were 71 takeovers.

“The land traffickers are very enterprising. They advance every day, four or five more houses. And they know that I can’t be there every day.”

But that doesn’t stop her from trying.

Annie Murphy's report is part of our partnership with Radio Ambulante.