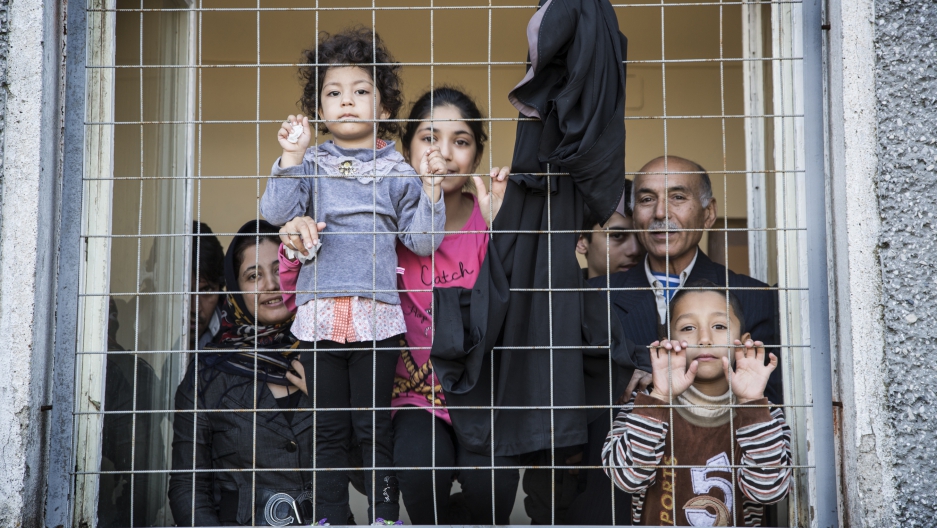 Asylum seekers are locked inside a "distribution center" in southern Bulgaria near the Turkish border. Bulgaria has received about six times its normal yearly average of 1,000 asylum-seekers and is predicted to get up to 15,000 by year's end.
Credit: Jodi Hilton
Share

SOFIA, Bulgaria — The government here appears to have been taken by surprise last August when more than 1,000 asylum seekers crossed the border from Turkey in just a few weeks, surpassing the annual rate from the previous year. In September, there were 2,000 more and by mid-October, another 1,500.

Nearly 7,000 are now in the care of the State Agency for Refugees — more than twice its capacity. Officials are scrambling to provide accommodation and find resources to care for the new arrivals, the vast majority of whom are Syrians fleeing the war. If asylum seekers continue to flood into Bulgaria at the current rates, more than 11,000 will arrive by the end of 2013.

Officials and media are calling for EU assistance to avert what they're calling a crisis. This week, a decision was announced to built a 20-mile security fence along the most vulnerable sections of the Bulgarian border with Turkey, just as Greece did on its Turkish border to the south.

The Greek fence partly explains why so many smugglers are redirecting people to Bulgaria, the tiny EU country of just 7.5 million. Rumors say Greek police are forcibly returning people to Turkey.

In a border police station in the southern town of Elhovo, 501 foreigners are being detained — twice the number it was built to hold. Although they are supposed to be held only for 24 hours before being moved, many report being detained there for up to 14 days.

Dimiter Ivanov, regional coordinator for the border police at Elhovo, one of the busiest regions for irregular crossings, explains "the state agency for refugees has insufficient capacity, so the time they stay here is prolonged."

In light of the overcrowding in other centers, including four newly opened “camps”, more than 300 men are crammed into areas separated into sections of about 100 people each, separated by home country. Syrians, Afghans, and Africans are mixed together inside the police compound's gymnasium.

Women and children are housed in a different building. During the day, they are free to move around the compound in order to shop at a mobile market — if they have money — wash clothes or visit the medical clinic.

Police say they are obligated to provide meals for just the first 24 hours of detention.

The refugees speak of appaling conditions. “We don't have food to eat, we are starving,” says a 17-year-old Syrian.

"We are escaping from war, genocide, radical Islamists."

Conditions at the border police station are grim. In addition to being crowded together, people complain that they cannot bathe, that toilets are unbearable and that many are sleeping without mattresses on the floor.

"These people are suffering, they should leave us to go," one detainee says. "They treat us like prisoners."

European and international law dictates that asylum seekers must have their basic needs met during the time their claims are researched and heard. But Bulgarian authorities counter that they're overwhelmed by the situation.

"The facilities that we have aren't sufficient to receive that amount of people," Ivanov says.