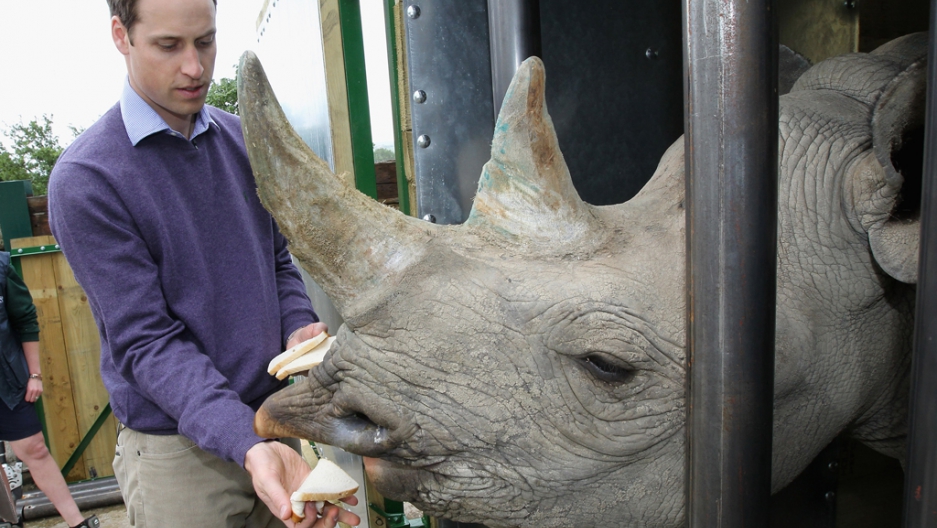 Though most people are not experts in conservation efforts, this idea seems oddly counterproductive.

A Texas-based hunting group called the Dallas Safari Club is offering a chance to kill an endangered black rhino in order to promote conservation of the giant beast.

The fundraiser, "Save the Black Rhino," includes auctioning off a permit to kill the rhino on a safari in Namibia.

Al Jazeera reported that a similar permit in 2009 cost $175,000 from the Namibian Game Products Trust Fund. The money went to protecting the animal.

The auction proceeds would go toward the Conservation Trust Fund for Namibia's Black Rhino.

There are only about 5,055 of the animals left in the world, mostly due to overhunting given the horns are considered to have healing powers among some East Asian countries.

"There is a biological reason for this hunt, and it's based on a fundamental premise of modern wildlife management: populations matter; individuals don't. By removing counterproductive individuals from a herd, rhino populations can actually grow," said Ben Carter, the executive director of the Safari Club, to AFP.

The Humane Society said that if people are serious about saving rhinos they could just give the money to the trust fund without killing one.

The animal rights group is petitioning the US Fish and Wildlife service to stop the import of the carcass after the animal is killed to dissuade potential hunters.