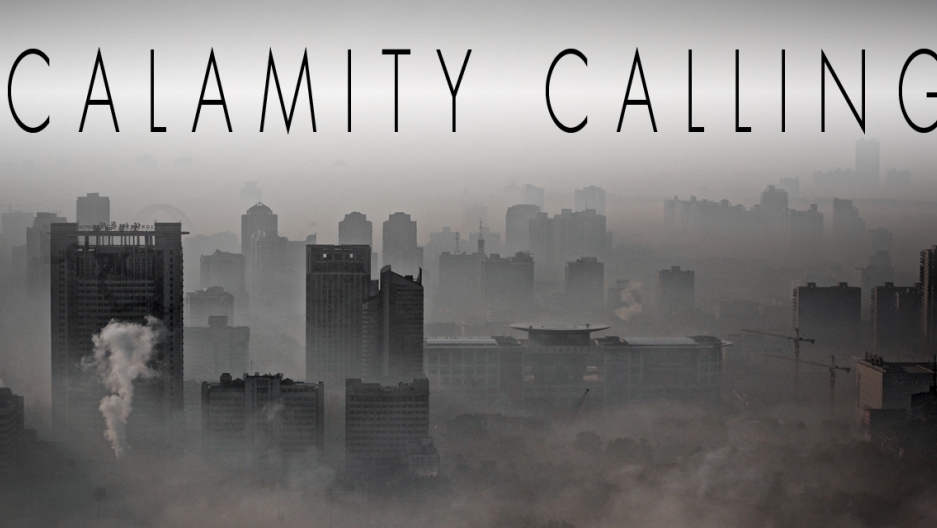 BOSTON — Listen carefully to what the world's climate experts are saying.

Their latest report on global climate change is — quite literally — a list of climatic calamities.

Here's a sample, with italics added for emphasis:

"Warming of the climate system is unequivocal, and since the 1950s many of the observed changes are unprecedented over decades to millennia."

"Each of the last three decades has been successively warmer at the Earth’s surface than any preceding decade since 1850. In the Northern Hemisphere, 1983–2012 was likely the warmest 30-year period of the last 1,400 years."

"Over the last two decades, the Greenland and Antarctic ice sheets have been losing mass, glaciers have continued to shrink almost worldwide."

"The rate of sea level rise since the mid-19th century has been larger than the mean rate during the previous two millennia."

"The atmospheric concentrations of carbon dioxide (CO2), methane, and nitrous oxide have increased to levels unprecedented in at least the last 800,000 years."

But forget the science. Forget the politics.

For multitudes around the world today, calamity has already arrived. Drastic climate changes have sparked economic dislocation, political discord, and even death. And it's happening right now, in nearly every corner of the planet.

Above all, climate change — and what it means for life on Earth — is prompting fear and unease across the world:

Calamity Calling: What's your biggest fear? from GlobalPost on Vimeo.

To help understand the breadth, depth and scope of climate change — and what it means to the people living through it — GlobalPost's award-winning team of correspondents and videographers spent much of 2013 investigating this global phenomenon, assessing the environmental, economic and political costs.

Their reporting mirrors the dire warnings of climate experts.

Our team has traveled to the Amazon rainforest, where scientists are struggling to understand what human activity is doing to the world's most complex ecosystem.

We've explored the ice fields of Greenland, Alaska and Canada where glacial melting is altering landscapes and threatening traditional ways of life.

We've traveled to the southern African island of Madagascar where the world's only lemurs are disappearing amid a host of severe climate changes.

We've trekked across the North African country of Mali where desertification is contributing to rising political instability, including the growth of Islamic terrorist groups like Al Qaeda in the Maghreb.

We've visited the Gobi, a vast and expanding desert across Inner Mongolia and China that's hurtling sand and dust into the atmosphere, which then mixes with polluted skies to create toxic clouds that are choking some of Asia's most-populous cities.

We've also examined the impact of climate change on coastal regions and sea life, including the disappearing beaches of the Mexican tourist mecca of Cancun and the dying coral reefs off the coast of Belize.

And we've journeyed across the Great Plains of the United States, where increasingly extreme weather now threatens one of the world's most fertile agricultural regions.

As our reporting illustrates, there is no bigger story on the planet. And none that so dramatically shows that, yes, we are all in this together.