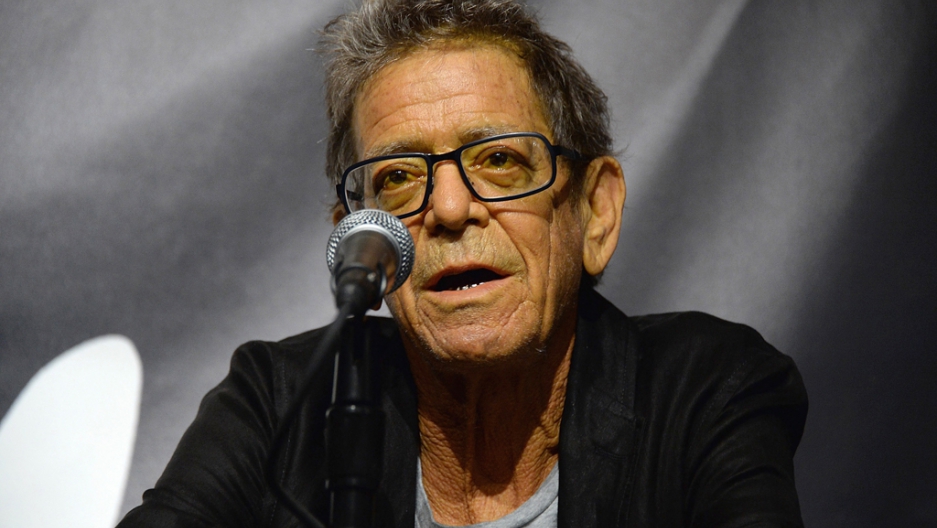 The cause of his death is not yet known, but Reed was a heavy drinker and drug user for years, and had a liver transplant in May.

In the mid-1960s, the Brooklyn-born Reed formed the band the Velvet Underground, considered by some to be the most influential rock band of all time, with Welsh musician John Cale, guitarist Sterling Morrison and drummer Maureen Tucker.

They were promoted by artist Andy Warhol, and released several albums featuring songs about bohemian life like "Waiting for my Man" and "Sweet Jane" that continue to be bought by moody teenagers today.

Reed launched his idiosyncratic solo career in 1970. From 1972 David Bowie-produced album Transformer, which spawned the radio hit “Walk On the Wild Side,” through 2011’s Lulu, a mainstream rock collaboration with the heavy metal band Metallica, Reed explored a constantly changing series of artistic inspirations – some praised and some panned.

His 2005 double CD The Raven was based on the work of Edgar Allen Poe, for example.

He also produced a 1975 album, Metal Machine Music, that was an experiment in dissonance and noise and criticized as unlistenable by some.

Cause of Lou Reed's death not yet released but statement due on his Facebook page http://t.co/73bbj45Vvr pic.twitter.com/7e6JJTUNMc