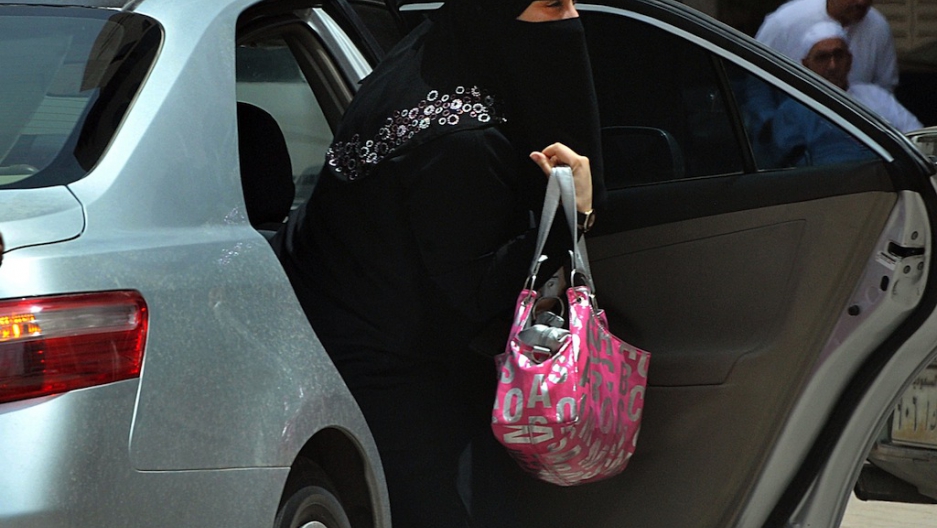 A Saudi woman gets out of a car after being given a ride by her driver in Riyadh on May 26, 2011.
Credit: Fayez Nureldine
Share

Saudi women got behind the wheel on Saturday to protest the ultra-conservative Saudi Arabian government's ban on women driving cars, according to media reports.

While some reports claimed the anticipated "drive-in" protest had been mostly abandoned, others reported more than 60 women had taken to the streets in their cars, citing activists and online videos.

Some women said they received harassing phone calls on Saturday from men working for the interior ministry, according to the BBC.

Interior Ministry spokesman Mansour al-Turki issued a warning ahead of the campaign, saying anyone who disturbed public order would suffer consequences.

Though there's no law that explicitly prohibits women from driving, the ultra-conservative Saudi government does not issue female drivers licenses. They must depend on men, usually their relatives, for transportation to the most banal locations, like the grocery store.

Aziza Youssef, an activist with the small protest movement, told the Associated Press that he got 50 messages from women claiming to have driven their cars on Saturday, in addition to 13 videos.

Economic researcher Mai Al-Swayan told CNN she had posted a video of her protest drive on YouTube. She went to the grocery store in Riyadh, purchased items, and then returned home.

"I drove on the highway and was noticed by a couple of cars but they were fine with it," she said. "I'm very proud. I feel like we accomplished the purpose of our campaign."

The first driving protest campaign began in the early 1990s, with about 50 women taking to the streets. Some lost their jobs, while others had their passports taken, according to the AP.

This is the third protest, with about 17,000 people signing a petition asking for women to be granted the right to drive or at least be given an explanation for the repressive law.

Here's an interview with a Saudi female driver (with other interivews further down):

[View the story "The right to drive campaign #oct26driving" on Storify]