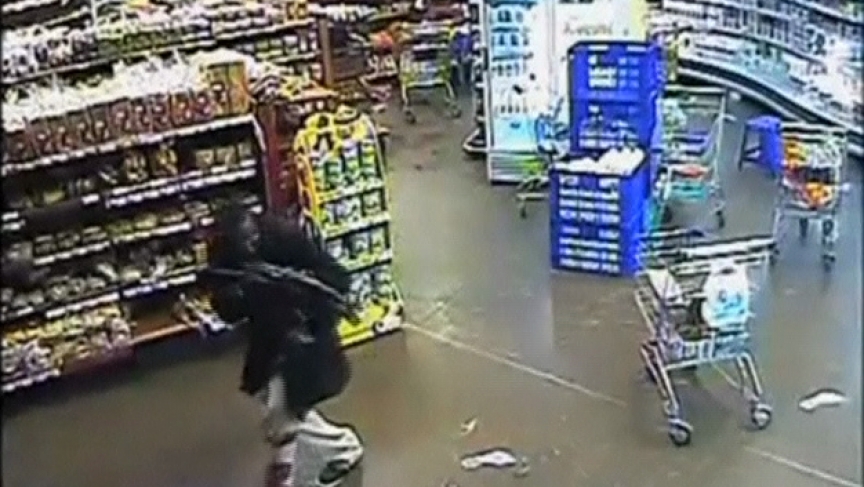 Investigators suspect this Westgate mall suspect is Hassan Abdi Dhuhulow, who grew up in Norway and was born in Somalia.

The story of one insurgent who laid seige to Nairobi's Westgate Mall in September is a strange one. It starts in a quiet, seaside town where people knew this man was a risk.

Kenyan authorities say they used closed-circuit TV video footage of the attack to identify a gunman who fired on shoppers at the mall. They say he is 23-year-old Norwegian citizen Hassan Abdi Dhuhulow, who grew up in the small town of Larvik on Norway's coast.

Last week, Gabriel Gatehouse of the BBC visited Larvik, southwest of Oslo. He calls it "a sleepy, sleepy place. It's a million miles away... in every sense... from the ravages of Somalia's 20-year long civil war."

But Dhuhulow was aware of the civil war in Somalia. And intelligence officials were aware of him. Norwegian authorities tried to stop him from leaving Norway and joining extremists in Somalia three years ago, according to the head of the Norwegian Police Security Service, Marie Benedicte Bjoernland.

"I can't comment on the details, but I can say that we conducted several meetings with him and had preventative talks with him. The result was that he continued his plan and left Norway," Bjoernland told the Associated Press. "We didn't succeed."

Apparently, Dhuhulow went to Somalia and joined the al-Shabab Islamic militant group. That group reportedly attacked the Westgate Mall to retaliate against Kenya's government, which had sent troops to fight al-Shabab in Somalia.

The BBC's Gatehouse says residents of Dhuhulow's hometown are trying to come to grips with the news. Dhuhulow's family members in Larvik said they had talked to him as late as last summer.

"They said that he told them that he was in trouble, that he'd lost his passport, that he'd given it to a trusted friend who wouldn't give it back, " Gatehouse says, "and that he wanted to come home."

About twenty thousand Somalis live in Norway. Authorities there worry that other Somalis who have resettled in Norway might follow in Dhuhulow's footsteps.