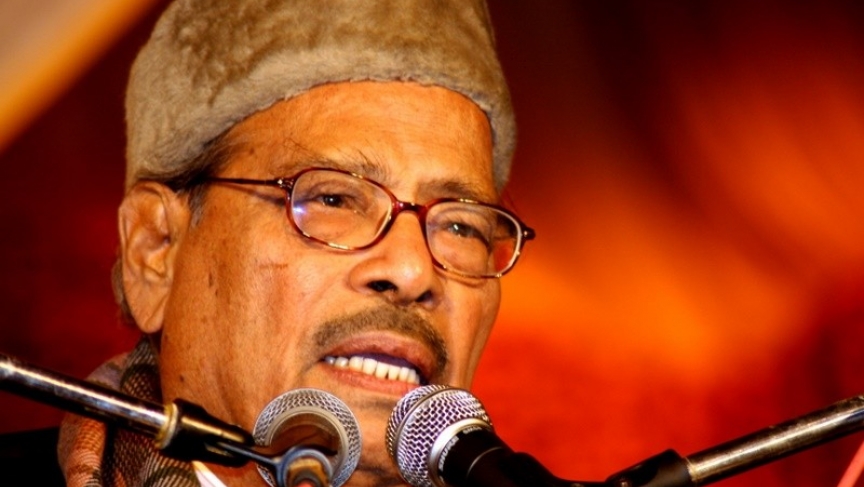 Bollywood playback singer Manna Dey at an award ceremony in 2007.

Manna Dey's voice was a staple in hundreds of Bollywood movies from the 1940s until 2005. He was a playback singer who provided leading actors with a rich, classically-trained voice during musical numbers.

Dey died Thursday morning in Bangalore, at the age of 94. He had suffered from a respiratory infection for several months.

The World's Manya Gupta grew up with Manna Dey playing in the background on the radio. He was a favorite singer of her parents' generation.

"When I was getting ready for school, back like 20 years ago, I rememeber the radio was on, and my mom probably making breakfast and my dad getting ready and then his song was playing on the radio," Gupta said.

This is another Dey classic, from the 1971 movie "Anand."

One of his most well-known hits is "Ae Meri Zohra Jabeen" from the 1965 film "Waqt."

It is Gupta's favorite song by Dey.

"It's a beautiful, beautiful song, it's very lively, very peppy," she said.