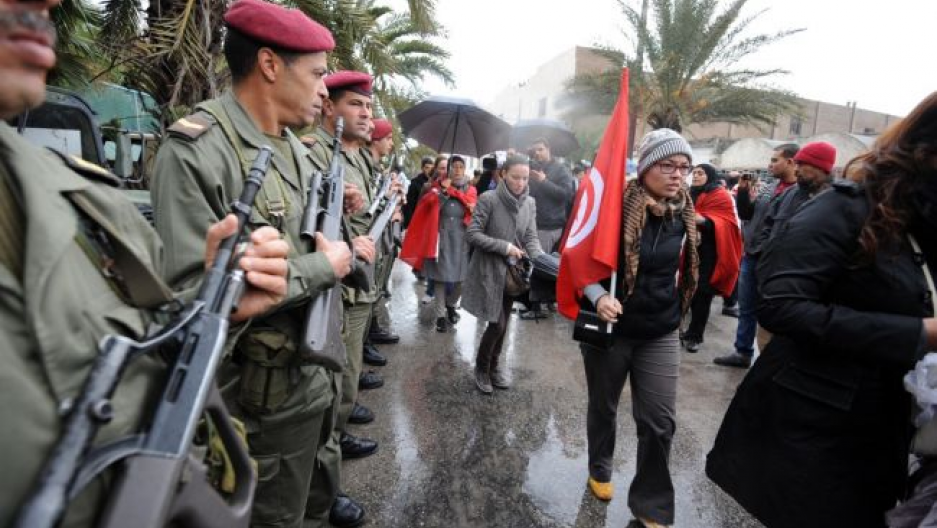 At least eight Tunisian police officers and two Islamist militants were killed Wednesday when they clashed during a raid by security forces in Sidi Bouzid.

Fighting erupted in the central region when members of the National Guard entered a house where the militants were located, leading to the gunfire that killed the officers and the militants.

At least three other suspects were arrested during the operation.

Authorities say Islamist movement Ansar al-Sharia, which reportedly has ties to Al Qaeda's North Africa affiliate, is behind a string of attacks on security forces since Tunisia's uprising in 2011.

The group was also linked to the murders of prominent opposition leaders Chokri Belaid and Mohammed Brahmi, which triggered mass protests against the government.

The moderate Islamist Ennahda party, which was elected in 2011 and has since agreed to relinquish power in order to put an end to Tunisia's political deadlock, condemned the killings of the political leaders, denying accusations by the opposition that it failed to rein in radical Islamists.