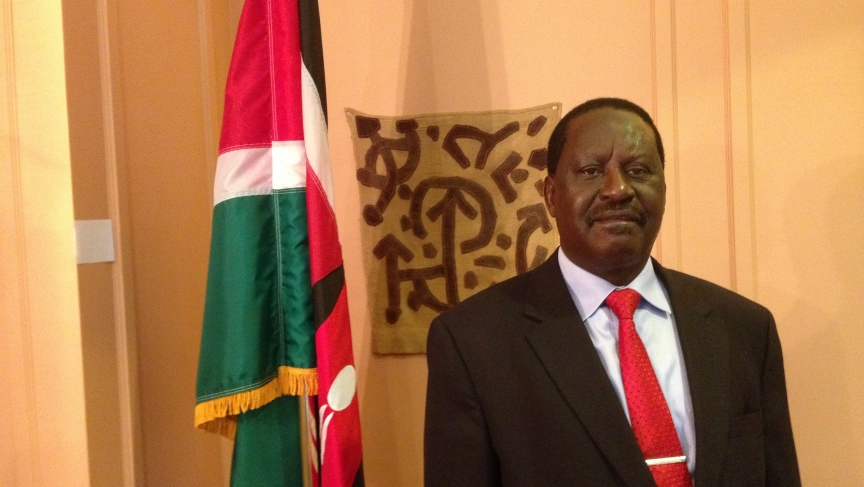 Former Kenyan Prime Minister Raila Odinga is in the US, sharing his thoughts about last month's terrorist attack at Nairobi's Westgate shopping mall. He says Kenyans were surprised when they learned that Kenya's security forces had looted the mall, while there to fight the terrorists.

Odinga was Prime Minister of Kenya for five years until this past April, when he lost a controversial presidential election. That vote had Kenyans on edge.

But it was nothing compared to the trauma Kenyans went through last month during the siege at Nairobi's Westgate Mall. 67 people were killed when the upscale shopping center was attacked by extremist al-Shabab militants from Somalia.

"Kenyans, first of all, are shocked by what happened, the sheer audacity of people taking over the mall and killing with impunity," Odinga says. He spoke with The World's Marco Werman at Boston University's African Presidential Center.

Odinga says that Kenyans were even more shocked by the behavior of security forces, captured on security cameras, looting property at the mall during their raid against the militants.

"This is what surprised everbody," says Odinga. "The image that has been created over the years is that our military is highly disciplined and highly professional, so this has come as a great surprise to everybody. It is really a wake-up call."

Yet Odinga insists that American tourists are safe in coming to Kenya. "A number of Americans actually realize that you are safer in Nairobi than you are in Chicago, for example. These kinds of attacks are isolated. They can happen in any part of the world."

Odinga will deliver a public address at Boston University on October 24.