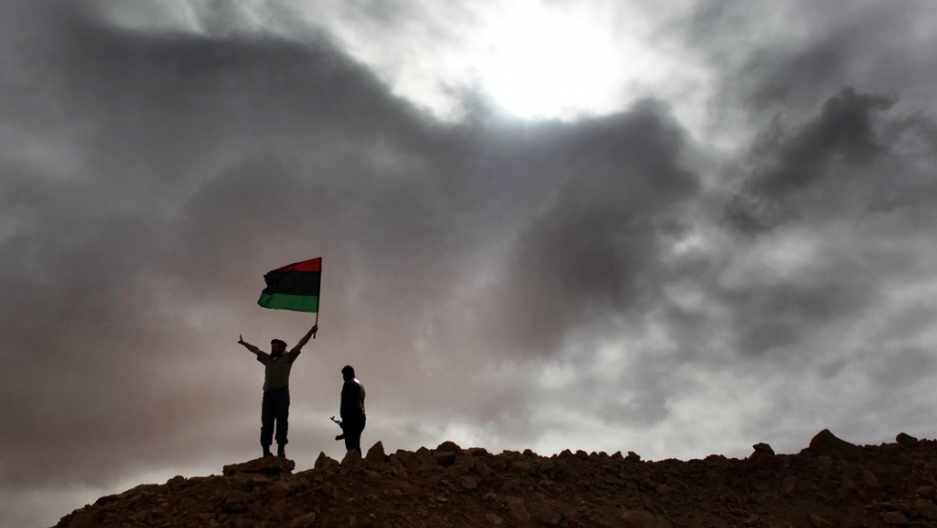 WASHINGTON, DC — The Libyan government, weakened by continued divisions among the regional militia groups that toppled the notorious Muammar Gaddafi, braced this week for downbeat assessments of the country's performance two years after the civil war officially ended.

While sporadic violence continues, particularly in the area around the eastern city of Benghazi, which was a stronghold of Gaddafi's opponents, predictions of a descent back into civil war have so far proved false. The country's democratically elected government continues to struggle to absorb militias into the national army, welcome back refugees, lure new Western investment into oil, gas and other sectors and press forward on talks aimed at establishing a new, democratic constitution.

None of this is easy. But the fact that the US debate has gone down the wormhole of partisan politics has made things worse as Republicans seek to use the Sept. 11, 2012 attack on the US consulate in Benghazi as a way to reverse the re-election of President Barack Obama.

By any fair assessment, Libya's brave effort to forge a tolerant, relatively open society on the ashes of one of recent history's most venal and reckless dictatorships would be deemed a qualified success.

This should be a moment to take a breath, assess progress made, and rededicate US policy to keeping it all moving in the right direction.

This verdict is not based on the brilliance of NATO's intervention, the quality of security at US diplomatic outposts or the current realities of life and politics inside Libya, which are difficult and not necessarily going to improve quickly.

Rather, this is an acknowledgment of the power of people anywhere to change the world given the right conditions — and a little help from their friends.

Remember, it was the average Libyan, not Barack Obama or Turkish leader Recep Tayyip Erdogan, who stood in the street and peacefully challenged the Gaddafi regime before being machine-gunned. They then looted Gaddafi's armories, driving his Soviet-trained military across the desert and enabling that kid in the Yankee cap to administer the coup de grâce to the self-styled "Lion of North Africa," as he emerged from a drainpipe just over two years ago.

Yet in spite of this, for motives that vary widely, Western views of post-Gaddafi Libya range from disinterest to disaster. This despite the fact that Libya, as divided by historical grievance and tribal manipulations as any artificially drawn former European colony, has held together a good deal better than the supposedly more mature Arab societies of Egypt and Syria to the east.

So as you read the hand-wringing diatribes about "Libya on the brink" in this anniversary week, keep things in perspective.

The wars that accompanied the collapse of the Soviet empire raged for decades in places like Tajikistan, Moldova, Georgia, Dagestan and Chechnya.

The Yugoslav state's pyre burned for a similar period, killing as many a half-million people and spawning five new states (and counting).

Then there is Syria, perhaps a better analogy for Libya. Let's look at some comparative numbers:

Give me Libya, uncertainty and all, any day.

The fact is Libya, even with the short-lived abduction of its prime minister, Ali Zeidan, last week, is showing signs of life that Egyptians can only dream about. Economic growth in 2012 exceeded 100 percent, according to the International Monetary Fund’s quarterly world economic update. That's unsustainable and partly due to so-called zero effects; in essence, the economic term for having nowhere to go but up. But the IMF also sees real, non-oil growth of 15 percent in Libya this year.

Similarly, NATO's announcement this week of a comprehensive training program for Libya's security services indicated that the Governing National Council, the still-provisional body that runs Libya day-to-day, understands that success as a nation requires partnership with well-meaning outside powers, regardless of what Islamic extremists or secular Gaddafi loyalists might say.

If the United States really wants to prevent Libya from tumbling toward civil war or worse, the conversation needs to shift from Benghazi to Tripoli, where a potential ally is being left to flap in the wind due to the unbridled myopia of modern US politics. The current Libya debate, with its phony outrage and dissembling focus on avoiding and assigning blame, is not about Libya at all. And it's the direct road to Syria, too.