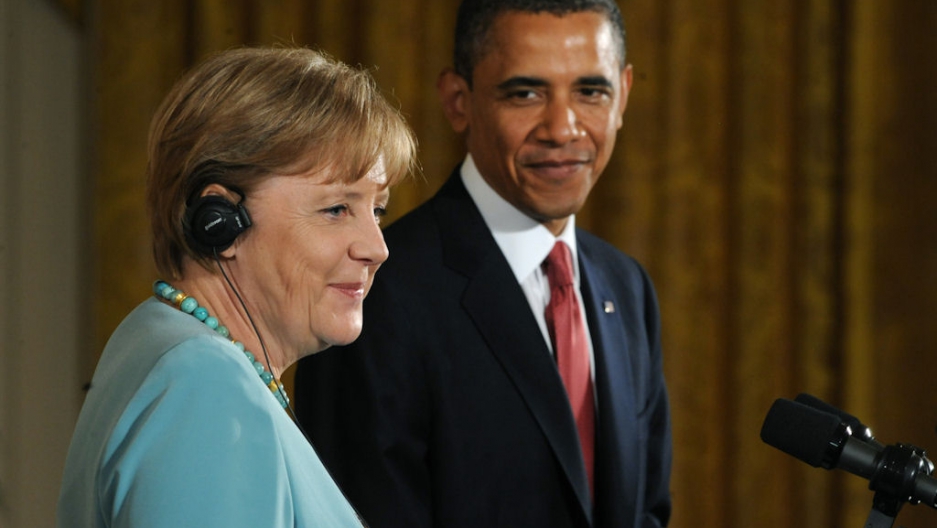 The German government summoned the American ambassador to Germany on Thursday after reports that the United States may have monitored Chancellor Angela Merkel's cell phone.

On Tuesday, Merkel called US President Barack Obama personally to discuss to the allegations.

Merkel's spokesman Steffan Seibert said Wednesday that she told the US president "she views such practices, if the indications are confirmed ... as completely unacceptable," according to the Associated Press. She called on the United States to clarify the extent of its surveillance in Germany.

"The United States is not monitoring and will not monitor the communications of the chancellor," White House press secretary Jay Carney said Wednesday.

As some have pointed out, the statement makes no mention of past monitoring.

More from GlobalPost: Are America's secretive ways destroying its relationship with Europe?

"The unusually strong reaction from the Chancellery was prompted by SPIEGEL research. After the information was examined by the country's foreign intelligence agency, the Federal Intelligence Service (BND), and the Federal Office for Information Security, Berlin seems to have found their suspicions plausible enough to confront the US government."

"This would be a grave breach of trust," Merkel's spokesman said. "Such practices must immediately be put to a stop."

Earlier this week, Spiegel reported on the US National Security Agency's alleged spying on the communications of Mexico's presidents, both current and former.

Obama's phone call with Merkel was the second in less than a week with an outraged leader of a US ally.

"The president and President Hollande discussed recent disclosures in the press – some of which have distorted our activities, and some of which raise legitimate questions for our friends and allies about how these capabilities are employed," the White House said in a statement earlier this week.

When allegations about the NSA's PRISM program — which scoops up internet data from Google, Facebook, Yahoo and others — surfaced, Merkel called for "very strict" European privacy laws. "The protection of citizens' data must be ensured," she said in July.

As The Washington Post noted, Germany is particularly sensitive to surveillance, given its history: "During the Cold War era, East Germans were frequently and invasively monitored by the dreaded secret police, the Stasi."