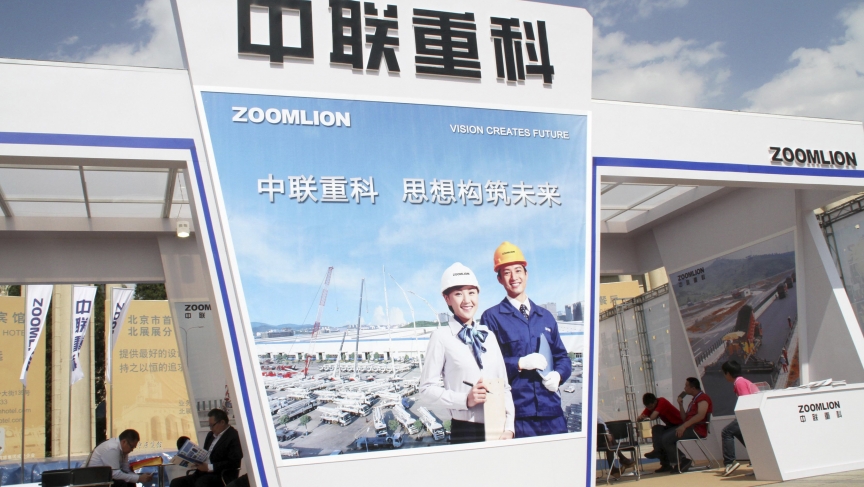 The New Express newspaper took on the Chinese construction equipment giant Zoomlion in a series of investigative reports.

Under the bold headline "Please release him," the New Express newspaper in southern China asked for reporter Chen Yongzhou to be set free.

The reporter had published a series of investigative articles criticizing the finances of a Chinese manufacturer of construction equipment named Zoomlion. After one of Chen's articles accused Zoomlion of improperly inflating its sales figures, the company's share price dropped.

Zoomlion Heavy Industry Science & Technology, which is partially owned by the Hunan provincial government, issued a statement to the Hong Kong stock exchange in late May, saying that the claims were "false, groundless and misleading."

"Generally, in order to be guilty of this crime... you actually have to be deliberately fabricating false facts," says David Wertime, editor of Foreign Policy magazine. So far, he says, no proof has come to light of Chen having done that.

The editorial on the front page said that the newspaper had kept quiet until now out of fear for Chen's safety.

Recently, Chinese authorities have been cracking down on Chinese media, as well as internet users. This month, they arrested 110 people in the northwestern Xinjiang region for spreading online rumours.

But they may have a tough time limiting the story about Chen. According to Wertime, it will be difficult to reign in discussions on China's social media about Chen's arrest and the front page editorial in the New Express.

"Although Chinese social media is censored," he says, "once these stories take on a life of their own, it's very hard to pull them back."