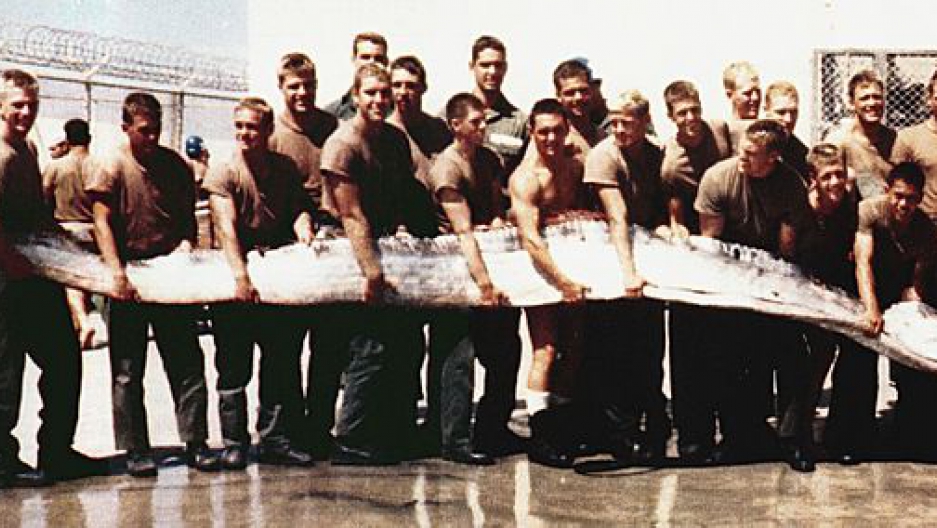 A rare oarfish found in San Diego in 1996.
Share

A second oarfish has been found off the California coast, marking a surprising uptick in sightings of these dragon-like and elusive creatures.

The oarfish was seen off the coast in the community of Oceanside near San Diego on October 18th, and measured an impressive fourteen feet in length.

The strange creature was cut into sections and taken away by marine scientists, writes the Los Angeles Times, and will hopefully make its contribution to world scientific knowledge of its species.

The San Diego specimen joins an oarfish found by a snorkeler off Catalina Island last week, a specimen that has been claimed by the Catalina Island Marine Institute and will hopefully be put on display.

Relatively docile filter-feeders, oarfish can reach lengths of up to 27 feet and can dive to depths as great as 3,000 feet — making them a rare find indeed on the shore.

"It may have happened some place on Earth before but it certainly doesn't happen very often," said University of California Santa Barbara research biologist Milton Love of the dual finds, according to Reuters.