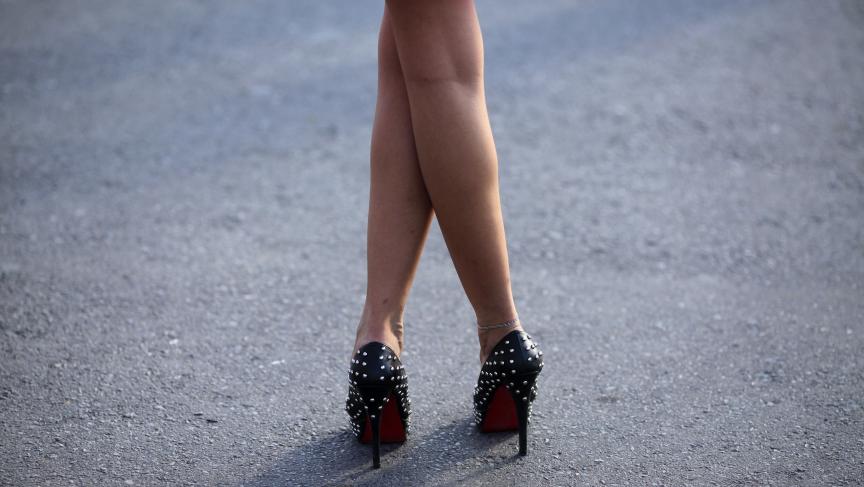 Women in a small Colombian town say they won't be having sex until the road that connects their town with the rest of Colombia is repaired.

Women in the small town of Barbacaos in southwest Colombia have been sleeping on the sofa for the past few days.

They say they've stopped having sex with their significant others in protest of what they say is the terrible condition of the road that connects their small, isolated town to the rest of Colombia, says reporter John Otis in Colombia.

"Colombians like to say you go to the end of the Earth and take a left — that's where this place is located," he said.

And the women say the conditions of that road is so bad that it takes them 12 to 14 hours to get to the nearest hospital. Otis says even pregnant women have died in the back of ambulances, trying to get to a hospital to give birth.

That's why they've gone on a sex strike, dubbed the "crossed legs movement."

This however, is not the first time that women living in Barbacaos have gone on a sex strike. In 2011 they used the same method, demanding the road be fixed. They were promised a new and improved road, but after two years, there was no improvement.

But they haven't given up and once again, they've gone on strike.

Otis says it's not just the residents of Barbacaos who suffer from bad road conditions in Colombia. He says difficult terrain, such as in the Andes mountains, and a guerrilla war that rages on, all make it very difficult to build new roads and maintain old ones.

"If you're going to send a container of Colombian goods to China, it will cost you more to bring it to a Colombian port than to get it from that Colombian port all the way across the other side of the world to China," he says.

This time it seems that members of the "crossed legs movement" are actually getting results.