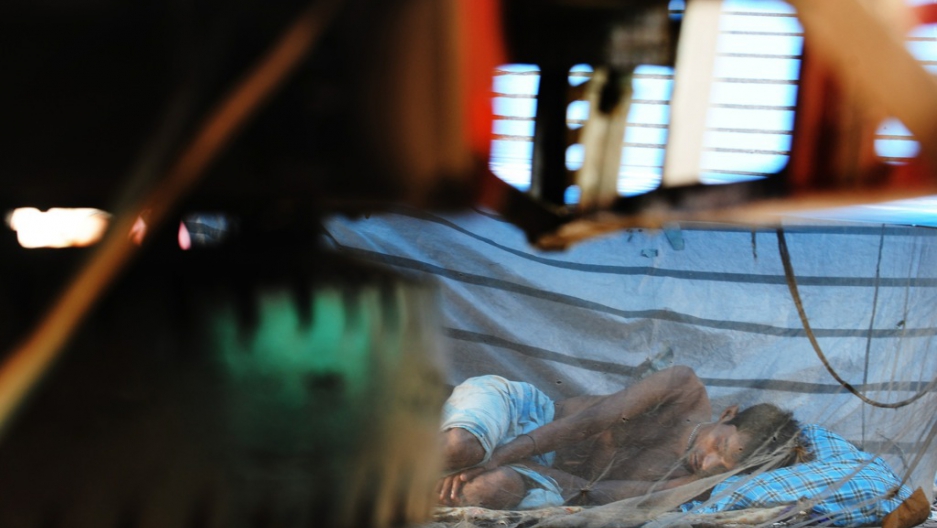 HOUSTON, Texas — New and mounting evidence indicates that South Asia is now under siege from a group of six tropical infectious diseases. These tropical infections, all transmitted by insects, are finding a new “ground zero” on the subcontinent.

Unless India and Pakistan can urgently establish an infrastructure for engaging in meaningful international scientific cooperation and redirect resources from nuclear weapons to tropical medicine, such diseases will continue to kill and disable hundreds of thousands in the region.

Dengue fever, Japanese encephalitis, chikungunya, elephantiasis, and visceral leishmaniasiss are not exactly household words. More of us have heard of malaria, but not as it relates to these diseases. Essentially, all of these diseases are tropical, either viral or parasitic diseases transmitted by mosquitoes or sandflies.

Recent data from academic scientists and the World Health Organization have revealed some astonishing facts.

Dengue is a mosquito-transmitted viral illness associated with fever, headache, rash and joint and muscle pain; in its most severe forms, it can progress to shock and death.

South Asia also has half the world’s cases of Japanese encephalitis, a related viral infection transmitted by mosquitoes and also an important cause of death. Chikungunya, yet another mosquito-borne viral infection, has emerged in the region, too.

Visceral leishmaniasis — also known as kala-azar — is a highly lethal disease that resembles leukemia. Three-quarters of all of the world’s cases also occur in South Asia.

Together, these insect-transmitted tropical diseases kill more people in South Asia than HIV/AIDS, and yet few people have heard of them.

Extreme poverty remains a key factor, and today almost 600 million people in South Asia — almost half of the world’s poorest — live below the poverty line set by the World Bank.

Meaningful international cooperation will be required to treat and prevent South Asia’s killer tropical diseases. Nascent efforts are underway through an agreement among India, Bangladesh and Nepal to cooperate on kala-azar control, especially in the border regions of these countries. But we need much more.

The pipeline of new drugs, diagnostics, and vaccines for South Asia’s tropical diseases is basically empty. We cannot rely on multinational pharmaceutical companies, because South Asian markets are too modest for them, and disease targets such as leishmaniasis and other neglected tropical diseases are not a priority.

A collaboration between the two neighboring countries could lead to the establishment of a joint Indo-Pakistani center for tropical infectious diseases that might be physically located on the border they share, or even in Kashmir. It would be charged with producing the pharmaceuticals needed to combat its six major diseases, possibly in partnership with industry, and for tracking their progression in South Asia.

Operation costs for such a center would be about $100 million annually, based on the experience of running other adequately funded international product development partnerships.

India and Pakistan each have the scientific talent and the funds needed to support an international center.

Technical sophistication enables India to produce childhood vaccines for Africa. The scientific communities of both India and Pakistan have mastered the complicated process required to produce 200 or more nuclear weapons, according to the Ploughshares Fund.

Adequate funding would be available if these countries would shift spending from nuclear weapons to combating tropical diseases. In 2011 alone, India and Pakistan invested the staggering amount of $7 billion on nuclear weapons.

Neither India nor Pakistan can go on with what the International Campaign to Abolish Nuclear Weapons has provocatively deemed a “theft of public resources.” Both nations have a sophisticated and accomplished scientific infrastructure, and have produced scientists with global reputations.

A shift in national priorities is in order. By one estimate, India urgently needs 15,000 infectious disease specialists to meet its population needs.

An international Indo-Pakistan center for tropical disease research and development, biotechnology and training, possibly located in Kashmir or somewhere along the India-Pakistan border, would create new technologies and experts in tropical infectious disease that could benefit South Asia’s 1.5 billion people affected by disease.

Such a center could be established and maintained for only 10 percent of current nuclear weapons expenditures, and simultaneously create a new generation of scientific diplomacy for the region — by channeling R&D to actually promote Indo-Pakistani relations rather than the hostile status quo.

Peter Hotez is dean of the National School of Tropical Medicine at Baylor College of Medicine. He is president of the Sabin Vaccine Institute and Texas Children’s Hospital Center for Vaccine Development and a fellow in disease and poverty at the James A. Baker III Institute for Public Policy at Rice University in Houston.