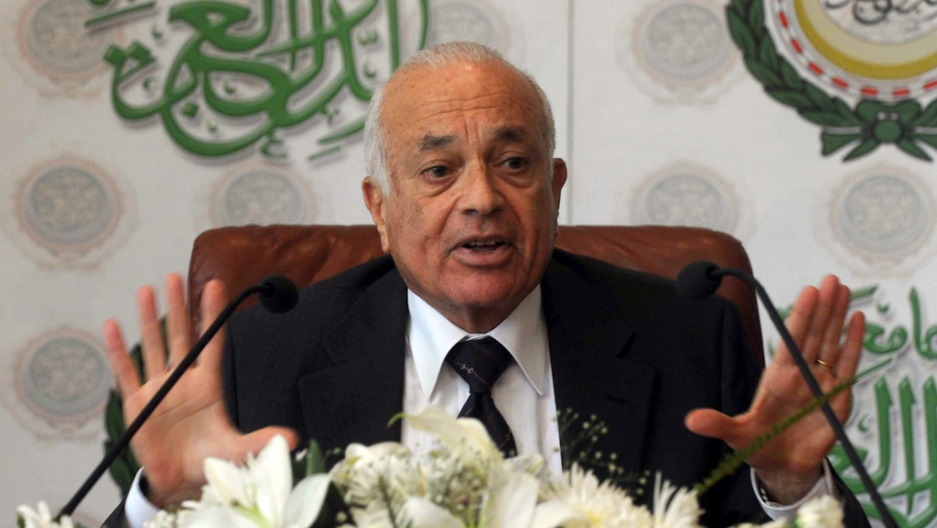 Nabil Elaraby, Secretary-General of the Arab League, gives his first press conference at the Arab League on July 19, 2011, in Cairo.
Credit: AFP
Share

More from GlobalPost: Syria talks in Geneva up in the air as chemical inspectors visit sites

But the talks, dubbed Geneva 2, aren't set in stone just yet.

Conference organizers Russia and the United States have said no date has been set for the talks, as did Arab League-UN envoy to Syria Lakhdar Brahimi following his meeting with Elarby.

Brahimi said he would travel to Qatar, Turkey, Iran and Syria, as well as Geneva, to meet American, Russian and Security Council member officials "after which a final date for the Geneva 2 conference will be announced."

While the date remains up in the air, attendance does as well.

The Syrian opposition coalition has not confirmed whether it will attend the Geneva talks, but the largest group within the coalition — the Syrian National Council — declared it would not take part.

A "Friends of Syria" meeting is due to take place in London on Tuesday.

Meanwhile, violence in Syria continued Sunday, with a car bomb killing at least 30 people in the central Syrian city of Hama.

The UN estimates at least 100,000 people have died since the conflict began more than two years ago.