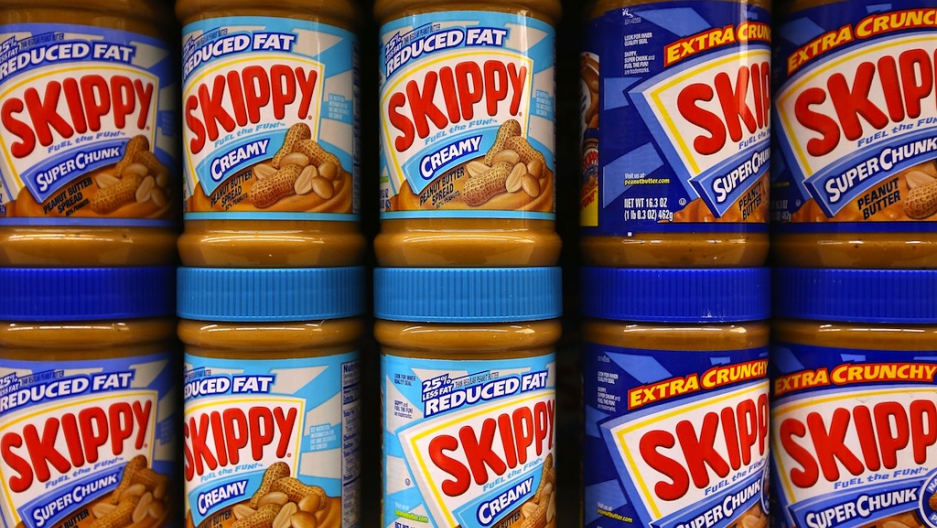 Remember the good ol' days when peanut butter was just a snack you smeared on a cracker?

Now it seems like peanut butter is a weapon of mass destruction, capable of bringing down planes and killing off elementary school cafeterias.

A man in Edmonton recently used peanut butter as a weapon after he 'poisoned' his boss at work.

Kirby Sherick, 27, an employee at an Edmonton grocery store, admitted to having spiked his boss's coffee with peanut butter.

In court this week, he was handed one year probation and given 150 hours of community service for 'administering a noxious substance.'

The feud began in 2011 when Sherick and his supervisor, Jennifer Evans, butted heads over his time off.

The relationship continued to sour until one day Sherick went out and bought her a coffee at Tim Horton's - this being Canada...

Knowing she was allergic to peanuts, he spiked it with a bit of the peanut butter.

She immediately fell ill with vomiting and stomach pains and had to remain at home for two or three days.

She did not know what happened until a month later another employee said he saw Sherick put peanut butter into the drink.

"What Kirby did broke my heart. It shook me to my very soul, everytime I think about it, it makes me so sad," Evans wrote in a victim impact statement, said CBC.

"It ruined my trust in people."