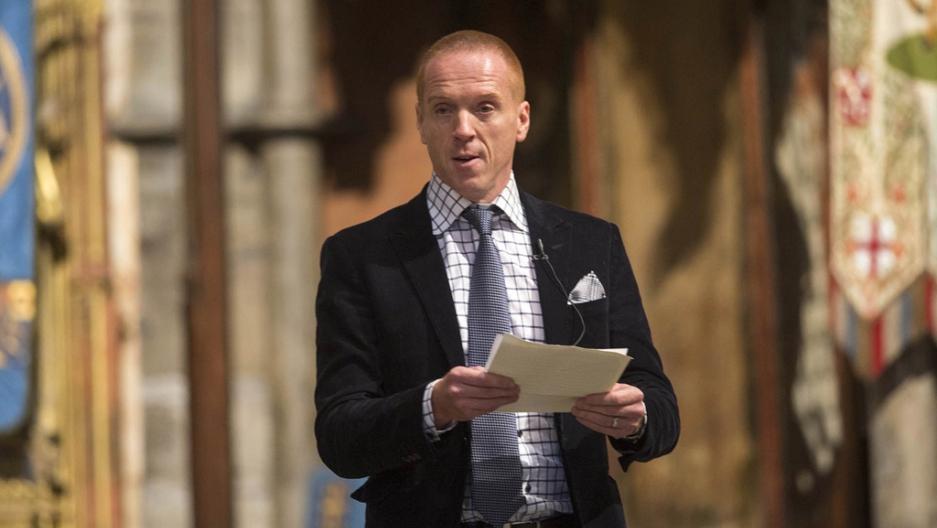 BOSTON — After some time missing in action, cable television’s antihero-in-chief, Nick Brody, has finally reappeared this season of “Homeland.”

He’s holed up in an unfinished tower in Caracas that’s like a purgatory nightmare. Is he a refugee or a prisoner? Maybe this Sunday’s episode will shed some light.

This is all so unexpected, not merely for the lack of clues about how Brody ended up there. (Wasn’t he fleeing north to Canada?)

But also, the new geography looks like uncharted territory.

The TV drama, adapted from an Israeli series, until now had built its suspense largely around terrorism in the United States and Arab and Gulf countries. Now in its third season, “Homeland” has taken a surprise turn for South America — and some of the story there sounds very real.

An earlier episode this season references a devastating bombing in Argentina.

In 1994, a van loaded with 600 pounds of fertilizer detonated at the Argentine-Israelite Mutual Association (AMIA), a Buenos Aires Jewish center, killing 85 people.

Many in Argentina, thought to have the world’s seventh-largest Jewish population, still want justice nearly 20 years after the attack.

Much like the fictional intelligence of “Homeland,” real-life Argentine prosecutors have blamed Iranians for the bombing. Tehran officials have denied the accusation.

Early this year, Iran and Argentina agreed to jointly investigate the bombing, although some Jewish groups call the so-called truth commission a “farce.”

That’s not the only shred of reality.

The unfinished tower where Brody is hiding out? That really exists.

It’s Caracas’ 45-story skyscraper known as “Torre de David,” or Tower of David — after which the last “Homeland” episode was named.

It’s called that not for biblical King David, “heaven forbid,” as Brody’s needle-happy caretaker explains, but for David Brillembourg, the financier who built it in the 1990s.

It was destined to be one of the tallest high-rises in Latin America, what The New York Times called a would-be “emblem of Venezuela’s entrepreneurial mettle.”

It was never completed. About 2,500 squatters moved in. It’s now probably the world’s tallest ghetto, a symbol of financial crises and a housing shortage that have crippled South America’s biggest oil exporter.

So why's this favorite terrorism TV drama gone so Latino?

Let’s face it: Latin America rarely has shared headlines with the words “war on terror.”

However, US officials have long kept the region on their radar.

An ally of Iran and Syria, Venezuela is perceived to pose a potentially more serious threat than just scary squatter skyscrapers.

As reported by GlobalPost senior correspondents Noga Tarnopolsky and Simeon Tegel, right-wing Latin America scholar Roger Noriega claims Venezuela is providing operational support to Hezbollah, the Lebanese-based, Iranian-backed group classified as terrorist by the US, the European Union and other allies.

Back in TV world, “Homeland” seems to be picking up on some of the hawkish US gaze. In the Sept. 29 season premiere (“Tin Man Is Down”), the CIA dispatches agent Peter Quinn to Venezuela to assassinate a target.

He nails him, but also accidentally murders a young boy in the process.

From real-life Caracas’ perspective, it’s Washington that should not be trusted, thanks partly to a long history of CIA intervention across the continent. The US government, Venezuelan officials allege, has been working to destabilize the country for too long, allegations the Obama administration denies. President Nicolas Maduro's recent ouster of three US Embassy officials was just the latest sign of that sentiment.

Given the current climate, if US spies were really caught out eliminating targets on Venezuelan turf, Caracas may take it as an act of war.

For fiction's sake, what if a TV version of mustachioed President Maduro were to discover the Marine-turned-terror suspect was holed up in his capital city? Things could get ugly.