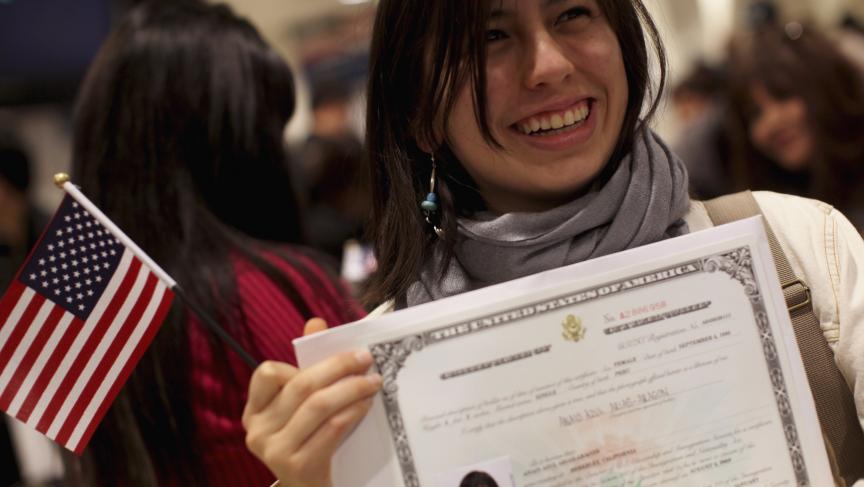 Anais Arias-Aragon poses for pictures with her certificate after receiving her US citizenship during a ceremony in San Francisco on Jan. 30, 2013.

As part of a series about citizenship this week, we asked you to answer a few questions from the US citizenship test.

So far, about 2,400 of you have responded and most have passed with an average score of 78.5 percent. Immigrants need to answer six of 10 questions correctly and demonstrate that they can read, write and speak in English to pass the citizenship test. About 93 percent of you knew, “What is one promise you make when you become a United States citizen?” and 95 percent percent of you could name the Speaker of the House. Only 63 and 64 percent of you knew how long US Representatives and Senators serve their terms. 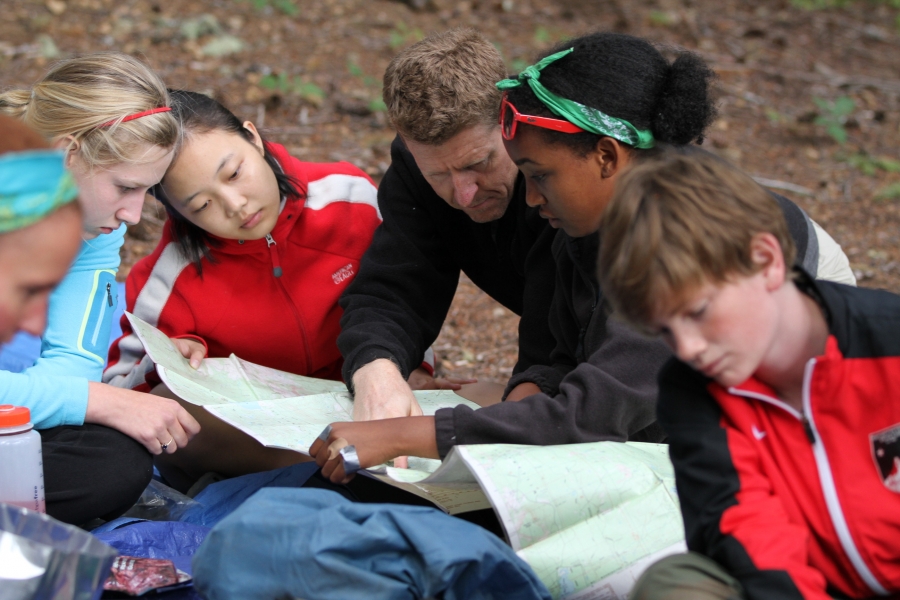 Michael Gwaltney is 11th grade teacher at Oregon Episcipol School in Portland. He spends his days trying to explain how our government can be at such an impasse.

Michael Gwaltney is an 11th grade history teacher at the Oregon Episcopal School in Portland. He’s been engaging his students with American civics, including what the shutdown should teach us all about our democracy. Last week, the 11th graders in his school created their own version of the citizenship test.

“We thought one of the problems with the citizenship was that the questions are Google-able,” Gwaltney said. “We wanted people to interpret and make answers more meaningful.”

Knowing names and dates, the students thought, were the least important things about being a citizen. So they set out on a rigorous process to write new questions focusing on what they thought was important about citizenship. Leaving aside the issue of assessing English-language learners fairly, they abandoned the multiple-choice format.

Each of the 79 students wrote three questions, sample answers and resources for prospective citizens to study. Then a panel of students talked through each question and narrowed it down to the ones they thought were best. Here are 12 of the questions that made it through all the steps:

Gwaltney says that the students were clear that this is not just about passing a test but creating the kinds of questions every American should be able to address. How would you answer these questions? Pick one and let us know in comments.

If you like his teaching style, Gwaltney will also be taking over a rotating Twitter account of teachers around the world next week. Follow @PRISchoolYear to know more about how his students learn American history and civics.