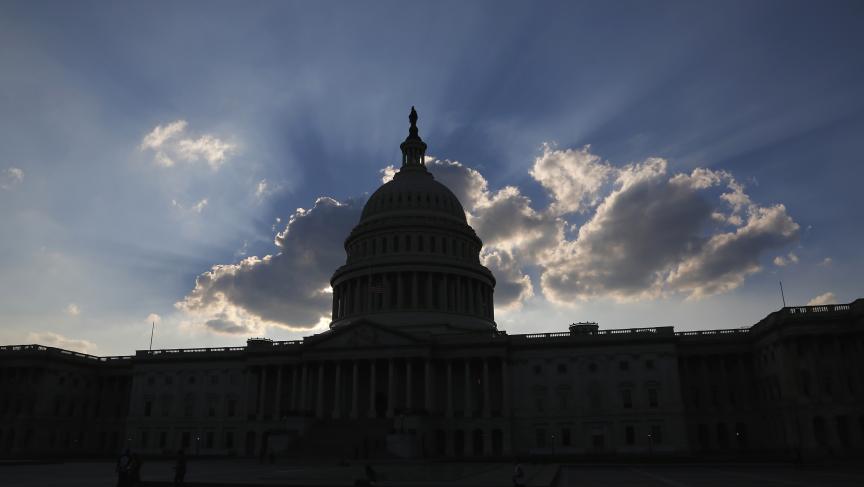 The sun sets behind the U.S. Capitol in Washington October 6, 2013.

Frankly, you can't blame foreigners for being confused about the US debt ceiling crisis. Turns out that most countries don't put themselves into the debt ceiling box. How do they avoid it? They just don't impose a ceiling.

Most foreign coverage of the US debt ceiling boils down to basic explanations of what exactly the debt ceiling is, like this video from the BBC.

“The debt ceiling is a very strange idea, and I’m not surprised that very few other countries have it,” says Lee Branstetter, an economist at Carnegie Mellon University in Pittsburgh.

“When Congress passes a budget and the president signs it, that creates a set of legal obligations," he says. The US is now on the hook for paying its bill. But, he notes that the approved budget "can conflict with this other law called the debt ceiling, which says that the US government can only borrow so much money [to pay its bills.]"

"So this is a very weird situation and it’s kind of gratifying that other countries aren’t engaging in this,” says Branstetter.

Well, most other countries aren't doing that. At least one other nation does have a debt ceiling: Denmark.

Lisbeth Pedersen, an economist at the Danish National Centre for Social Research in Copenhagen, says Denmark is different, though. “In Denmark, we never hit the ceiling."

She says the reason is that Denmark sets it high.

“You really have to do something stupid to hit the debt ceiling,” says Pedersen.

In other words, it’s kind of an emergency check on Danish lawmakers, not a bi-annual fight, as it has become in the US.

Pederson also points out that Danes wouldn’t go to the brink because of a fight over health insurance. They already have universal health coverage.

This is not to say Danes are profligate spenders with no limits. European Union states have caps on how much money they can spend as a percentage of their economic output, or GDP.

That’s a different concept, though, from a debt ceiling, says Lee Branstetter. He says the EU spending ceiling was put in place because some member states had a history of high deficits, and the guidelines instil a bit of fiscal discipline.

“However, lots of EU states have gone well above the ceiling, including the core economies like Germany and France,” says Branstetter. “And they’ve done so without much in the way of a real penalty. The guideline is designed to be flexible so that in difficult economic circumstances it can be exceeded. So it doesn’t create the same kinds of problems in the EU that the debt ceiling creates for us.”

So what is Branstetter’s solution?  Dump the debt ceiling, he argues.

“Because, again, essentially what it amounts to is the possibility of this weird situation where the government has two contradictory laws. I just don’t think it’s a situation that we want to be in, and I don’t think that the existence of a debt ceiling has really accomplished anything," he says.