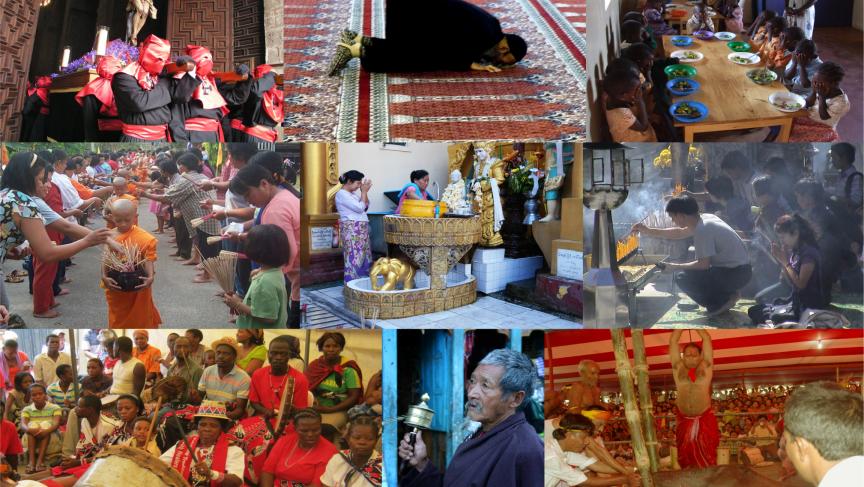 A new survey shows religiosity is on the decline among millennials in the US.

The US is among the nations that most frequently self-identifies as deeply religious. Our politicians invoke prayers and blessings from god, and they lead debates over "traditional family values." Our professional athletes constantly thank god for their success.

But this same nation is pulling away from religious traditions, according to lots of research. America's youth are neither faithful nor deeply religious in practice.

The millennials, those born between 1981 and 2000, are driving this change, according to a Pew Forum on Religion & Public Life study. Millennials are less likely to embrace the traditions of their parents and one in four claim no religious affiliation at all. This group openly declares atheism, or no belief when asked — and that's just the beginning.

Dante Chinni, the director of the American Communities Project, said while millennials are driving the shift now, it's a shift that's been under way since Generation X — and before.

"There has been a gradual, over the last couple generations, walking away from religion — and millennials are further along that path than generations before them," he said.

But the shift isn't universal. If you look at rural areas — where jobs are much harder to find, Chinni points out — you see people are 25 percent more likely to describe themselves as conservative, evangelical Christians than the nation as a whole. They're 20 percent more likely to say they enjoy watching religious TV shows. The divide is even more stark when comparing rural with urban, he said.

"This split that's happening with millennials, I do think is happening across the culture. But I think it's really pushing metropolitan, urban America further down a path that is away from rural America," Chinni added.

Even those millennials who are religious may embrace religion in a different way. One part of the study found that for many who identify as Jewish, being Jewish is about as deep as knowledge of the Holocaust and some vague idea of ethics.

Chinni said this is a change that's been going on for a while. They identify as culturally Jewish, but not religious.

This difference between saying you're a strict adherent to religion and being a cultural folllower of something — it's a Jewish phenomenon but you also see it among Catholics," Chinni said.

Still, he cautions that this surveys findings on religion may be somewhat indicative of where millennials on the path of life. Oftentimes, Chinni said, religion is something you come to later in life. In other words, some of these not-religious or mildly religious may come back to their faith in the years ahead.