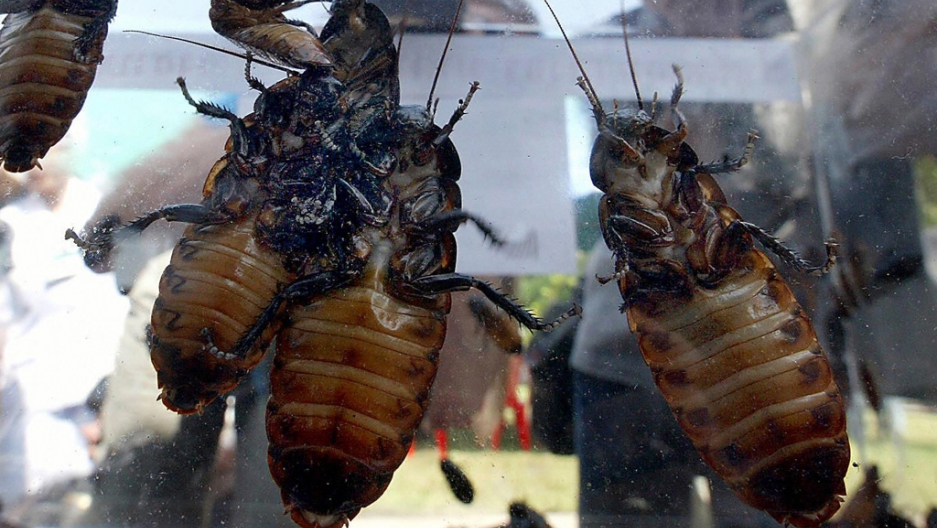 Or one that might keep you up at night.

Researchers at North Carolina State University are looking to explore dangerous or other unknown spaces with the help of a swarm of insect cyborgs, or what they call “biobots.”

That's right: you take a cockroach, slap some fancy electronics onto it, and let the little sucker loose.

"A swarm of biobots, such as remotely controlled cockroaches, would be equipped with electronic sensors and released into a collapsed building or other hard-to-reach area. The biobots would initially be allowed to move about randomly. Because the biobots couldn’t be tracked by GPS, their precise locations would be unknown. However, the sensors would signal researchers via radio waves whenever biobots got close to each other."

Rescuers could then, naturally, track the movements of the little guys as they mapped out the environment.

“This would give first responders a good idea of the layout in a previously unmapped area,” Lobaton adds.

NC State researchers are now using computer simulations of the idea, and are testing it with robots.