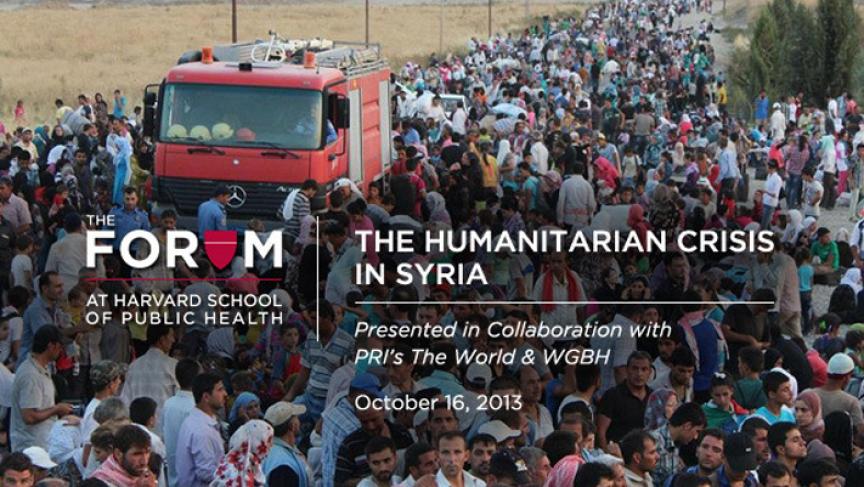 Refugees flood Syria's border due to the civil war.

Syria's civil war has sent an estimated two million Syrians into neighboring countries - Turkey, Lebanon, Jordan and Iraq. Millions more are displaced within Syria’s borders. Humanitarian organizations are feeling the crunch of a massive-scale refugee situation, which will only become more challenging if the violence in Syria does not end.

The forum, hosted by the Harvard School of Public Health in collaboration with PRI’s The World and WGBH, examined the nature of humanitarian work in Syria. For many countries, including the US, the red line for intervention was the use of chemical weapons. But, Akdag argued, the current international agreement to disarm Syria of those weapons has stalled other intervention to end the war. The implicit message, he said, is that "if you get rid of chemical weapons, you can continue killing."

Weapons inspectors are being granted safe passage through Syria’s civil war. Michael VanRooyen, director of the Harvard Humanitarian Initiative, argued that the international community needs to also create “corridors of humanitarian access,” where aid workers can safely get to and provide help for civilians.

Medical care, he said, should include more than just trauma care for those wounded in the war. After two years of violence, Syrians also need basic health services, such as diabetes treatment and caesarian sections, as well as mental health care. VanRooyen said that Syria's health care providers have been targeted in the war and many have fled, making basic care scarce.

The panelists praised Turkey for providing extraordinary care to Syrian refugees who have fled there. "The Syrian people are not refugees. We feel they are guests,” said former Turkish minister Akdag.

The panelists agreed there are no simple solutions in Syria. The scale of the disaster, and the fact that it may be a long time before Syrians can return to their homes, would present a challenge to even the most well-organized aid efforts.

This forum was part of a continuing Harvard series on Syria’s humanitarian crisis. Here is a complete recording of the discussion. 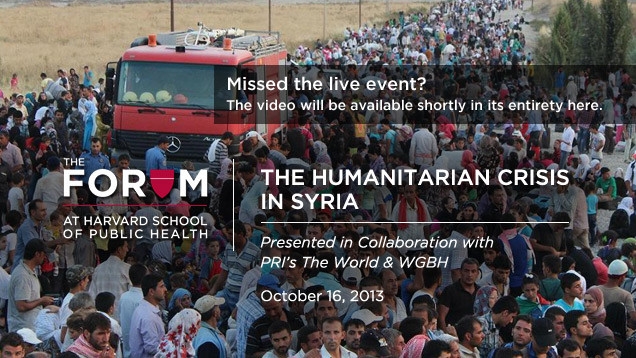