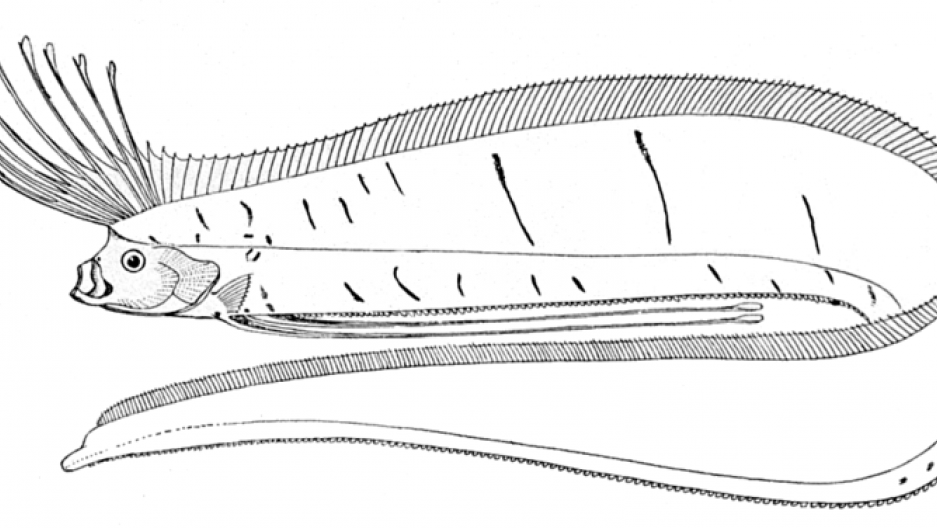 A gigantic and extremely rare oarfish has been found off the California coast, allowing researchers a rare look into the lives of these dragon-like creatures.

An educator at the Catalina Island Marine Institute in California discovered the remains of a dead 18-foot-long oarfish by accident as she snorkeled on Sunday, and had to enlist over 15 helpers to help her drag the creature to shore, reports the Associated Press.

The institute is taking samples of the unusual creature, reports the Los Angeles Times, but lacks the space to store such a singularly huge carcass.

“We can’t even really fit it into our freezer,” said program director Jeff Chace to KTLA News. The program may decide to bury the oarfish, allow it to decompose, than mount an extremely unusual skeleton for the edification of the children who come through their program.

The world's largest bony fish, the oarfish (Regalecus glesne) has been recorded by fishermen to reach lengths of 26 feet, while some rumor they can grow much larger, writes Deep Sea News.

The oarfish recently made headlines when underwater videographers managed to capture the first footage of the animal alive and in the wild, as seen below. The oarfish was previously known of only from dead specimens.