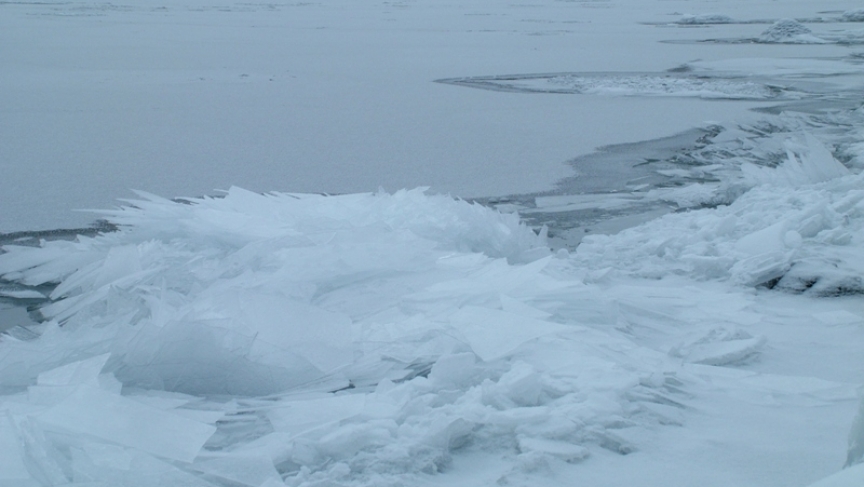 Lake Superior used to freeze from shore to shore every winter — but in recent winters that hasn't happened. And it's leading to a not-so-gradual warming of the lake overall.

The lake itself, in the past three decades, has warmed some six degrees Fahrenheit — a rate that actually exceeds the melting rate of the ice caps in the Antarctic and the Arctic oceans. Lake Superior is the largest, deepest and coldest of all the Great Lakes, so it's somewhat counter-intuitive that it would be warming faster. But James Kitchell, an emeritus professor at the University of Wisconsin in Madison, says it's precisely because of the size.

With all of that surface area, the lake absorbs solar radiation and warms, he said.

"When there’s ice on the lakes, a lot of that solar energy is reflected back into the atmosphere, but in the most recent three decades, the duration of ice on the lake has reduced by as much as 50 percent or more," he said. "The result is that more solar radiation enters and stays in the water column, and the lake warms more quickly."

The warming of the lake has meant a shift in the sorts of life that the lake supports. Lake trout, which is a native fish and had been the dominant fish as an apex predator in that system, has become more prolific, for example. But they've been joined by walleye, a fish much beloved in Minnesota but historically absent, or at least rare, in Lake Superior.

"They had been present in Lake Superior for lots of years, but they’ve been pretty much restricted to the warmer waters near shore and into the shallow bays. But what’s happened as a consequence of this expansion of habitat of the walleye is that their populations have expanded," Kitchell said.

This change in population has become readily apparent, if you look at the fish being hauled in: A decade ago, Kitchell said, they were catching walleye at about 0.002 fish per day. Now it's more like 7.2 per day of fishing.

In the short-term, Kitchell said, this warming could be a boon for the local economy.

"There are going to be more people fishing for walleye that are going to spend money buying bait, buying food, staying in hotels, having a beer with the boys after dinner, those kinds of things," he said. "The economic boost of recreational fishery in the Great Lakes has been phenomenal."

But as the fish population increases, the amount of food per fish declines. And growth rates have already started to decline.

There's another problem. The change in temperature has revived the invasive sea lamprey, which decimated the lake trout population after being introduced in previous decades.

"Sea lamprey have an unlimited supply of food. Individual lamprey will kill more fish because they have a longer period of time at preferred temperatures, and that means a greater amount of money must be chartered towards controlling the sea lamprey populations," Kitchell added.