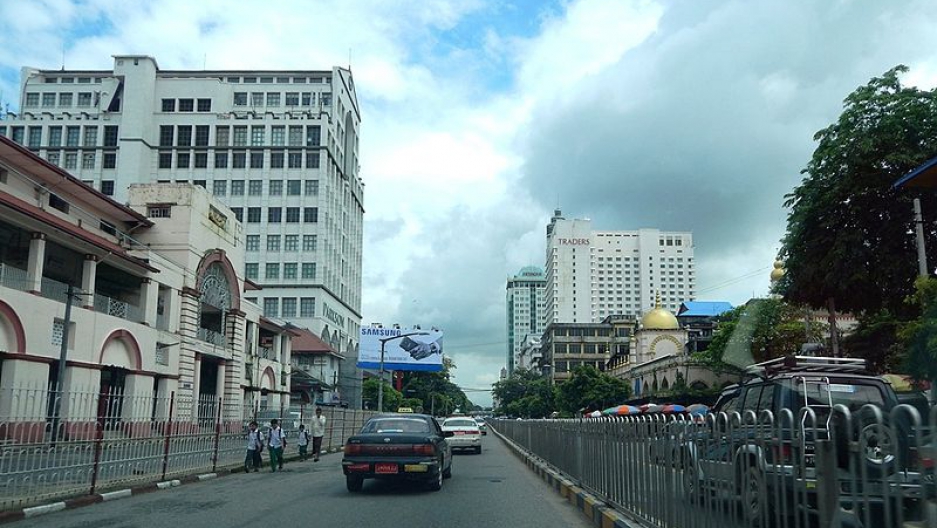 A small explosion rocked the luxury Traders Hotel in Yangon, Myanmar, on Monday, the latest of a series of bomb blasts to hit the rapidly modernizing Southeast Asian nation.

The explosion blew out the window of a room at the high-rise downtown hotel just before midnight, reports the New York Times, slightly injuring a 43-year-old American woman but causing no fatalities. The woman's husband and children were not harmed.

According to Myanmar's Irrawaddy, the explosives appear to have been planted in their hotel room's toilet.

Police officer Myint Htwe told the Associated Press that three suspects have been detained in connection with the blast. The American victim is currently receiving consular assistance, according to the US Embassy.

A resident of Hong Kong, the injured woman had been visiting Myanmar briefly with her family, according to the Irrawaddy.

Authorities had already been investigating a series of bomb blasts that have killed two and wounded several others in the past few days, with timing some find suspect. No group has yet claimed responsibility.

"I think that the explosions may have been timed to coincide with Myanmar becoming the chair of ASEAN [the Association of Southeast Asian Nations] and getting ready to host the Southeast Asian Games, to make the international community misunderstand the situation of stability and peace in Myanmar," said presidential spokesman Ye Htut to AFP, adding that the bombs were intended to make people "worried and scared."