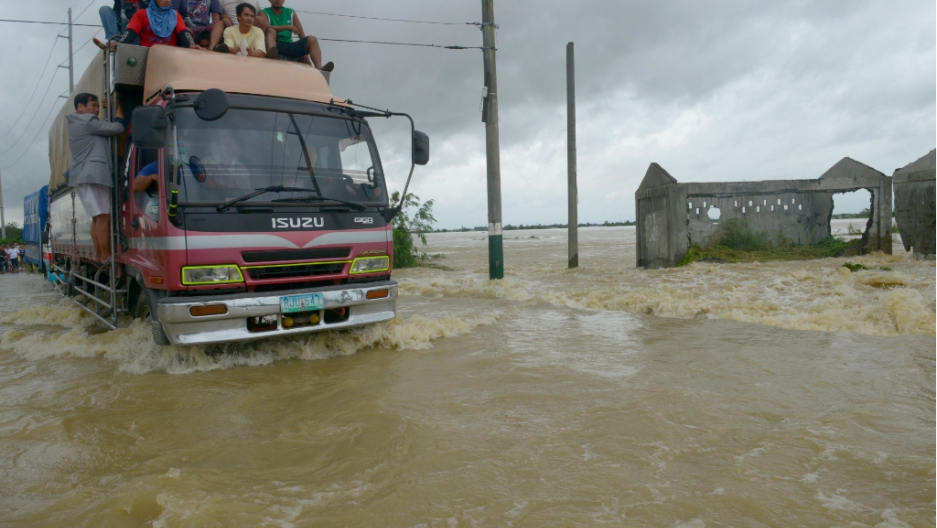 Vietnam on Monday started evacuating over 180,000 people in coastal areas ahead of Typhoon Nari, which is expected to hit the country early Tuesday, according to the Associated Press.

The typhoon left 13 dead in the Philippines over the weekend.

Vietnamese officials told the AP that more than 180,000 people living in six central provinces were going to be moved to safe areas before Monday evening.

Disaster official Le Dinh Tuong said 10 hotels commonly used by tourists close to the town of Hoi An had been ordered to move their guests to other hotels more inland.

The Tropical Storm Risk said winds are expected to reach at least 86 miles per hour and warned that the storm surge could be as high as four to five feet.

In Vietnam, weather forecasters predicted that heavy rain and wind would cause considerable damage.

The typhoon also poses a threat to China. The country's state broadcaster CCTV said authorities has put out a red alert for Nari in the southern province of Hainan.

The typhoon was also reportedly expected to bring heavy rain to Guangdong and Fujian on Monday.

Storms are common in Vietnam and other parts of Asia this time of year.

The most powerful storm in the region so far this year was Typhoon Usagi, which left at least 33 people dead in the Philippines and China last month.