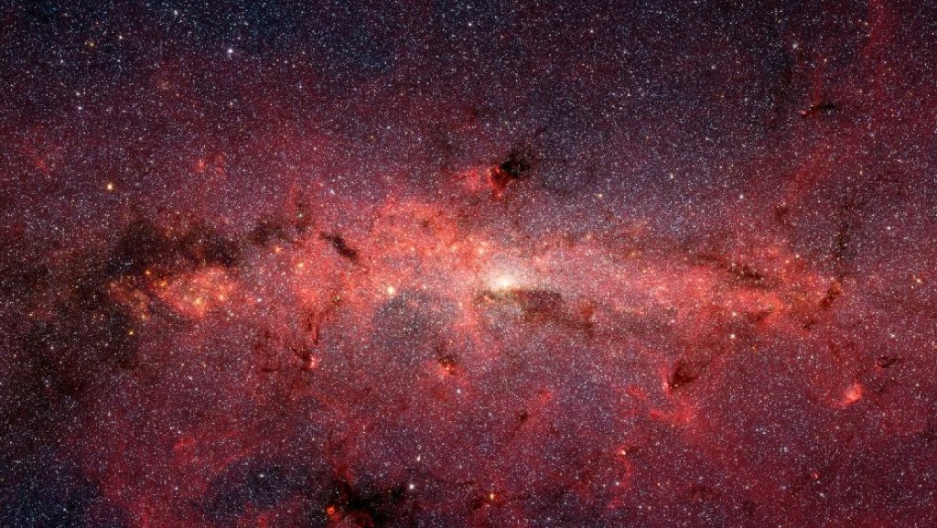 The center of our Milky Way Galaxy is hidden from the prying eyes of optical telescopes by clouds of obscuring dust and gas. But, in this stunning vista, the Spitzer Space Telescope's infrared cameras penetrate much of the dust, revealing the stars of the crowded galactic center region.
Credit: NASA
Share

They construct arcane charts and graphs that are inexplicable to most normal human beings.

They vacilate wildly in their opinions, as evidenced by the famous quote attributed to President Harry Truman: "Give me a one-handed economist! All my economists say, 'On the one hand, on the other.'"

These tendencies — all of which, of course, have hints of truth — make it easy to parody economists.

One of my favorites is this entertaining video, which presents the classic John Maynard Keynes-Friedrich Hayek philosophical debate in easy-to-digest rap form:

But despite all the criticism and the chuckles, there are moments when the universe rewards usefulness.

And that's the big takeaway from today's Nobel Prize for Economics (officially called the Sveriges Riksbank Prize in Economic Sciences in Memory of Alfred Nobel), which was awarded to three Americans.

University of Chicago economists Eugene Fama and Lars Peter Hansen — as well as Yale economist Robert Shiller — have all done something that most economists can only dream about: create research and knowledge that's used every day, and that affects the lives of millions of people.

In short, these three have made the (yes) sometimes obtuse and arcane world of economics accessible, practical and useful.

Fama's 1960s-era research into the efficiency of markets found that — contrary to the prevailing attitudes of the day — stock and bond prices reflect all of the latest information about that asset price.

Therefore, attempts to time the stock market, or even make individual stock picks, can often be pointless.

His findings helped spark the booming global index fund industry, which spawned the now widely-used investment method of creating portfolios that aim to mirror the broad performance of particular market indexes, such as the S&P 500.

Hansen, meanwhile, developed a Generalized Method of Moments theory, which revolutionized how economists think about the relationship between variables in their models — again, something that is used every day.

Finally, Robert Shiller's work into the volatility of markets over time led him to the belief that actions are not always rational, thereby helping spark the behavioral finance school of thought.

But he's even more well-known for his research into housing prices and bubbles. The Case-Shiller Index is today one of the most closely-watched indicators of the housing industry, and one that's used by economists, investment analysts, journalists and homebuyers alike.

So while (sadly) none of these three is likely to star in a rap video any time soon, in each case their work has transcended the dense, hazy and mysterious universe of economics and plopped it squarely in the middle of the real world.

Right where it belongs.