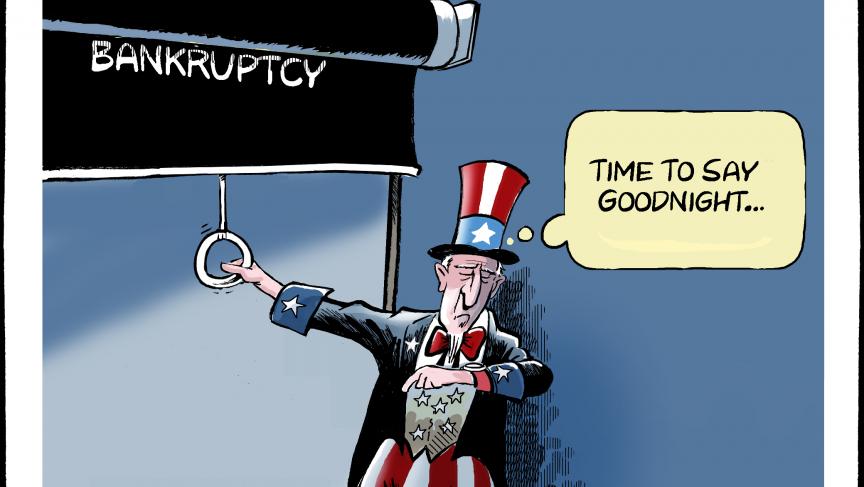 Uncle Sam is counting down the minutes to debt default in this cartoon by Olle Johansson of Sweden.

There' nothing  wrong with showing a healthy interest in other cultures, particularly if you are a major world leader.

Even so, today, Benjamin Netanyahu seems to be regretting displaying his interest in one particular aspect of Iranian culture via twitter - sex books. The Independent has the details. 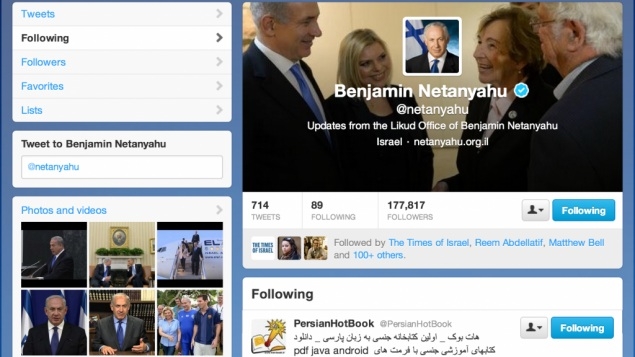 An account associated with Israeli PM Benjamin Netanyahu drew quite a bit of Iranian snickering when it followed a Twitter account that calls itself "the first library of hot sex books [in the] Persian language.”

What happens when a major newspaper ventures into satire and posts an imaginary conspiracy theory about Malala Yousefzai? Not everyone picks up on the word 'imaginary.' Or even the word 'satire'.

The Washington Post has this cautionary tale from Pakistan, of a conspiracy that many Pakistanis are ready to believe.

Allah by any other name...

The Bangkok Post brings word of a decision by a Malaysian court to uphold a law barring other religions in that country from referring to their God as Allah — a name traditionally associated with Islam, but with roots as a more generic word in the Malaysian language.

A Roman Catholic newspaper in the town wanted to use Allah to refer to God, but the court ruled it would lead to "confusion" in the community. The ban's proponents have also worried that it would lead to Muslims unknowingly being converted.

Watching, but not helping, migrants who cross the Mediterranean

The Lampedusa migrant boat tragedy has raised the world's awareness of the plight of African refugees who aim to illegally enter Europe. When a new European Union surveillance system over the Mediterranean begins in December, a Der Speigel report says one consequence may be alerting Algeria and Libya when migrants try to leave their shores.

They gave fishing a go, and (briefly) banking. Now Iceland has a new boom industry — writing - and one in ten citizens are involved.

The BBC has been scribbling away among the glaciers.

We told you several times last week about Tropical Cyclone Phailin, which was bearing down on the Indian subcontinent with the potential to bring catastrophic damages and loss of life.

Well, over the weekend it did hit, but with damages far less than many had feared — even though it was the strongest storm the country has faced in a decade. The Atlantic Wire has a report about how improved Indian government preparations saved many lives and reduced damages.

The death toll stood at 17 as of Monday morning in the United States, though that number is expected to rise somewhat. It's a far cry from the thousands of deaths in previous major storms.

Stop reading this and get back to work

The Economist reports on business apps that allow a workers' productivity to be monitored by workers and employers alike.

Wellington, New Zealand, is under attack — by the wind. Scaffolding has collapsed and shut down streets, trees have been toppled, flights canceled and transportation is in tatters as fierce winds pound the city. The Dominion Post says winds as strong as 161 kmph, 100 mph, have been recorded — with possibly more on the way.