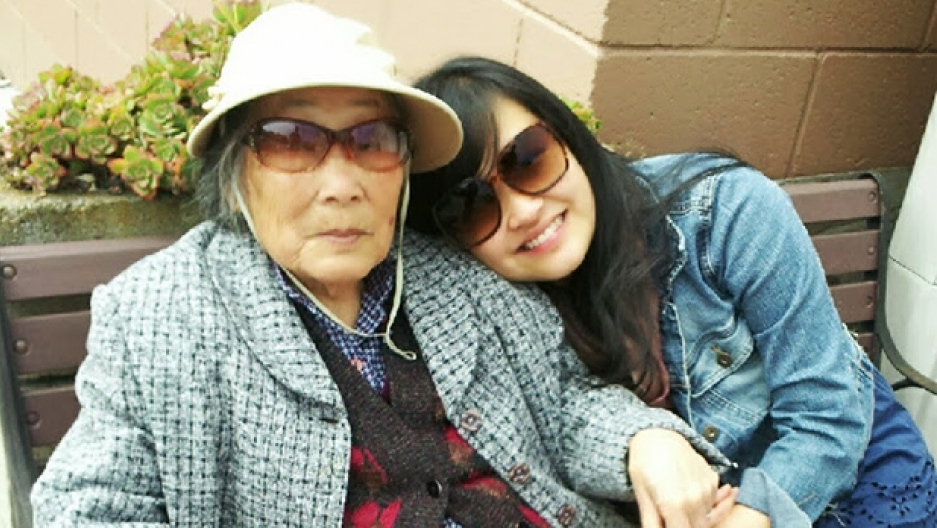 Donna Tam and her grandmother, from China, share a home in San Francisco, along with Tam's brother and parents.

Donna Tam surprised herself when she moved back home with her parents. She’s a 29-year-old tech reporter in San Francisco, with a salary.

Friends asked if she was out to save money. Otherwise, why risk going crazy living back home?

“It’s definitely crowded, but I think it’s what I’m used to. I’ve been living this way since I was little,” said Tam, who lives with her grandmother, her parents and younger brother in a San Francisco neighborhood filled with modest, pastel homes.

Even after the recession, more and more Americans are living with their parents and grandparents to save money.  But for many Asian immigrant households, this isn’t new. According to the Pew Research Center, Asians are twice as likely as whites to live in multignerational households — and considering Asians are also America’s fastest-growing ethnic group, this housing trend is here to stay.

For the Tam family, three generations under one roof is a tradition, a duty.

Lee Jin Ho is Tam’s 93-year-old grandmother. Growing up in China, she lived with her parents and grandparents. Now, in the US, she lives with her children and helped raise her grandchildren. She would never want to live by herself, she said. She loves living with her family.

Donna Tam remembers her grandmother walking her to and from school and making snacks.

“There’s some things uniquely just her, [like] trying to make American food - spaghetti and ketchup, and toast with mayonnaise and sugar, just stuff she didn’t have a lot of in China. It was novel for her to put it together," Donna Tam recalled.

After college, Tam landed a reporting job about five hours north of San Francisco. She promised her father she’d only be gone a year. But that turned into four. Once back in San Francisco, she got her own place, but she was always over at her parents’ home for dinner.

Eventually, she decided to live where she spent most of her time. Today, Tam pays rent, splits the cell phone bill with her sister, and gives money to her brother, a college student. Her parents never asked her do any of this, but she knew what was expected.

“In Chinese families, a lot of how we do our day-to-day things is based on [a] 'we’re all in it together' kind of thing,” Tam said. “There’s a lot of pitching in.”

Everyone has chores. Even Grandma Lee. She maintains the living room’s large Buddhist shrine and makes holiday treats.

Tam’s brother, Alex, helps Grandma Lee open jars and crush peanuts and gives her rides to the doctor or to restaurants, though she still often walks. Donna Tam helps her mom, who’s from Vietnam, if she has questions about something she’s reading in English.

But Tam sometimes struggles with her decision to move home. To get to her bedroom, she must pass through her grandmother’s room. And there’s little privacy.

“These five adults live in a house together, but two of them you know don’t see themselves as kids," she said, "and three of them see those two as kids. So there’s going to be friction. What’s important is... just keeping in perspective what your parents did for you or what your grandparents did for you. What you can do for the generations that come after you. That’s how you, kind of, keep it together.”

Donna  disagreed: “American way, same thing, use garlic and onion, everyone does that.”

In an hour, the kitchen was fragrant with garlic and they sat down to eat and to laugh. On a busy weekend, there was still time for a family lunch - a ritual still surviving today, just like a mix of generations living under one roof.