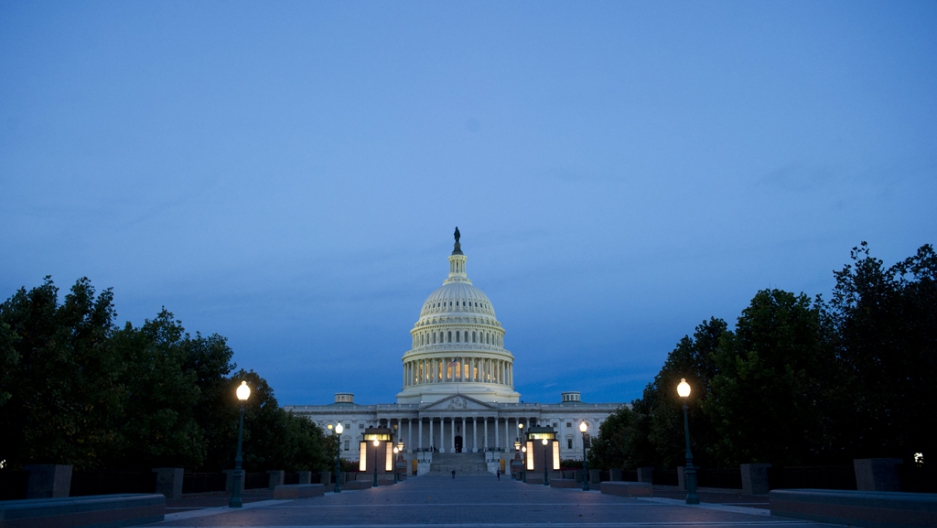 The US government shutdown is entering its third week as the Senate and House of Representatives remain gridlocked on funding the federal government.
Credit: SAUL LOEB
Share

The meeting was postponed to give senators time to work on a deal that could end the partial government shutdown and raise the government debt ceiling beyond the $16.7 trillion limit.

"We've made tremendous progress," Reid was quoted by the Associated Press as saying after a day of negotiations with lawmakers.

"Perhaps tomorrow will be a bright day."

Unidentified sources reportedly close to the talks have been leaking details of the emerging deal to the media.

Fox News reported the proposal would raise the debt limit through February and fund federal agencies until Jan. 15 in order to allow time for budget talks to take place.

But unnamed sources told Politico that the proposal was to extend the debt limit until Feb. 7 and reopen the government until Jan. 15.

Reuters was told by an unidentified source that the plan under discussion would increase the government's borrowing authority through to at least mid-Feburary and fund government agencies until mid-January.

The talks led by Reid and McConnell also foresee several minor tweaks to the Affordable Healthcare Act but nothing on the scale first proposed by Republicans, the Washington Post reported. The AP said it might involve scrapping a $63 fee that companies must pay for each person they cover.

The United States could default on its debt unless lawmakers agree to raise the debt ceiling by Thursday.

US and European stocks fell Monday, according to Bloomberg, as concerns grew over the nation's ability to up its borrowing limit.

The White House repeated its warning Monday that Obama will not "pay a ransom for Congress reopening the government and raising the debt limit," a statement that it has made since the beginning of the government shutdown.

"The president continues to urge Congress to pass a bill that raises the debt ceiling and lends the certainty our businesses and the economy needs," the statement said.

Here's video from Politico on ongoing efforts in Washington: