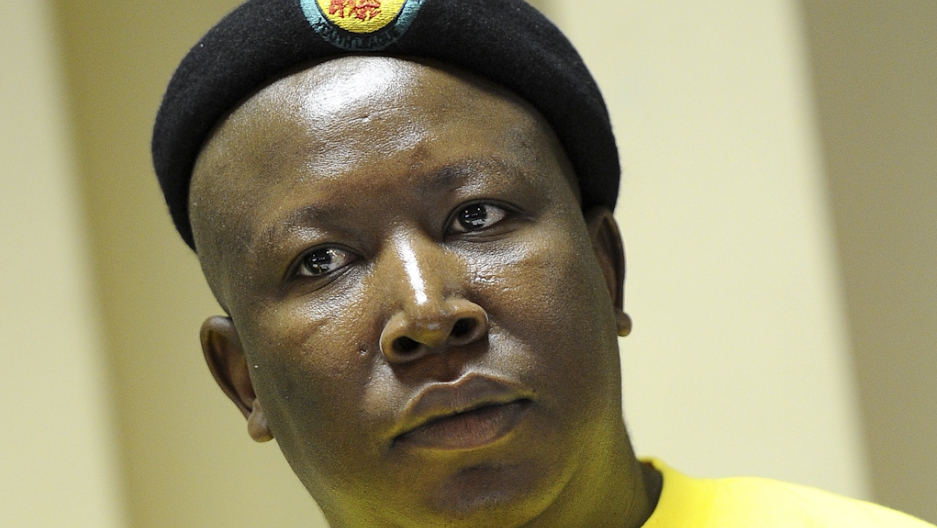 Hundreds of people gathered Sunday for the launch of Julius Malema's new political party in South Africa, according to the South African Press Association (SAPA).

Outspoken young Malema, who led South Africa's African National Congress (ANC) Youth League until he was kicked out of the ANC, held the event in Marikana, where 34 miners were killed last year after protesting low wages, said Al Jazeera.

"Today we are here to celebrate the birth of a new baby," he told the crowd, according to South Africa's Mail and Guardian. "A baby that we can be proud of. This is a sign that South Africa is a democratic country."

Malema has been controversial in his support of President Jacob Zuma and, more recently, in demanding a referendum on the death penalty, said Al Jazeera.

The 32-year-old reportedly rolled up to the Marikana event with an escort of eight motorcyclists.

His speech there marked the official launch of his Economic Freedom Fighters (EFF) party, which SAPA said received government authorization on Monday.

The new leftist party will try to challenge the established ANC, in power since 1994 Nelson Mandela was elected South Africa's first black president.

The EFF defines itself as a radical, anti-capitalist, anti-imperialist party that wants to nationalize key industries and expropriate land without payment, said SAPA.

Property rights are still a volatile issue in South Africa.

"This is your land," Malema told supporters on Sunday, presumably referring to disputed land in the hands of white owners. It "already paid by the sweat of your fathers," he argued, reported News Channel Africa, later adding: "We are not going to beg for the land. Bring back the land."

According to Al Jazeera, Malema's new party may be able to "attract many poor black South Africans disenchanted with the ANC," but is not likely to prove a serious challenge to the nation's long-dominant party.