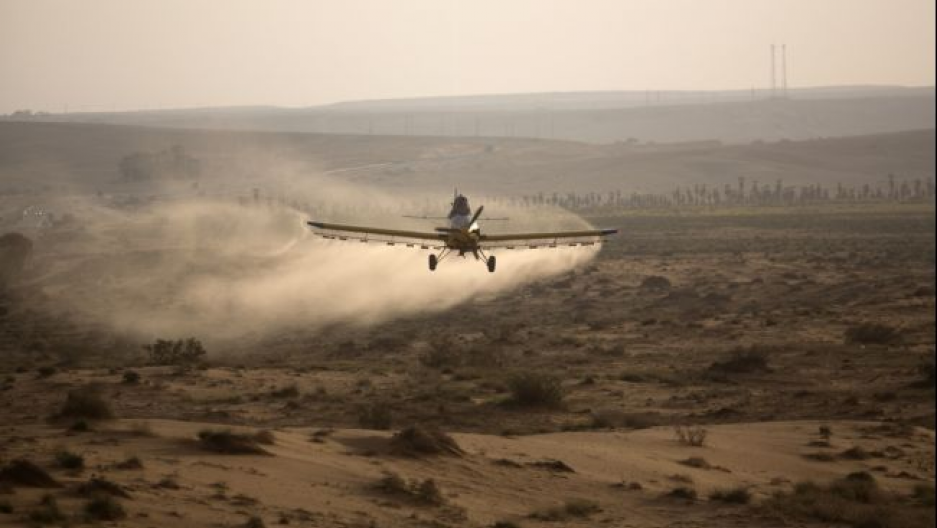 A plane flying over the Israeli village of Kmehin in the Negev Desert near the Egyptian border in March 2013.
Credit: MENAHEM KAHANA
Share

An air force fighter jet crashed in a village near the Upper Egypt city of Luxor on Sunday, killing one villager, according to the Associated Press.

Three locals were also reported hurt. Egypt's Ahram Online said emergency vehicles were at the scene of the accident in Madamoud village.

The Los Angeles Times, reporting from Cairo, described "flaming debris" from the plane that "rained onto a rural hamlet" in Luxor, some 450 miles south of the capital.

The pilot parachuted out before the broken plane hit the ground and set several homes on fire, said the AP.

No official announcement has been made about the incident, but the AP, citing a military spokesman's Facebook page, said it was a mechanical failure.

The plane in question was a Soviet-made MiG-21 jet that Ahram Online said was used for pilot training.