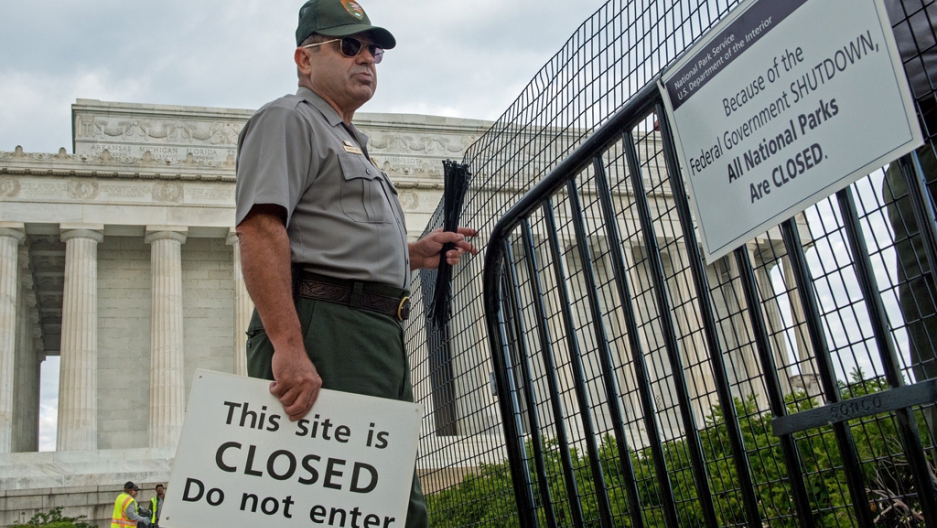 OWL’S HEAD, Maine — Winston Churchill once famously said, "Democracy is the worst form of government except for all the other forms that have been tried."

If he were alive today, watching the Republican Tea Party anarchists going through their destructive antics, I wonder if he would still give democracy, at least the American version, such a free pass.

A system in which fewer than 80 House members can close down the US government is something of an indictment of the country that is the proclaimed leader of the free world.

Eighty is only about a third of the majority House Republicans, and around 15 percent of the total number of representatives in Congress. A key element of a well-functioning democracy is that it protects the rights of its political minorities. But the minorities are not supposed to be calling the shots.

Yet that's what's happening. Part of the problem is that extreme gerrymandering has created close to 200 solid Republican districts, according to the columnist Tom Friedman, where the incumbents’ only risk is from the right. Throw in the Supreme Court's illogical Citizens United decision and you've created a system where minorities' rights are not just protected, they have been permitted to become predominant and destructive.

The unfavorable view of Obamacare by a plurality of Americans may be more a reflection of how poorly it's been explained than of any serious conceptual flaws.

The law was passed constitutionally by Congress, and subsequently upheld by the Supreme Court, during the first term of a president who was later re-elected and whose party now controls the Senate. Something is askew when a small percentage of Republicans in the House can force a shutdown of government because they want the law repealed or defunded.

What's encouraging, or enlightening, or just plain confusing is the number of Republican congressmen who are publicly appalled at what their fellow party members have done. Yet they don't have the ability, or courage, to correct it.

One California Republican House member said it was "moronic to shut down the government." Another Republican, also from California, compared his confreres to lemmings going mindlessly over a cliff.

New York Republican Senator Peter King, who has plenty of conservative credentials, attacked Ted Cruz, the freshman senator and Tea Party favorite, for “the dead end” he has created.

And former Republican Senator Chuck Hagel, President Obama's Defense Secretary, highlighted the foreign policy blowback while on a trip to Japan and South Korea: the government shutdown has "cast a significant pall over America's credibility with its allies. It's nonsensical ... completely irresponsible," he said.

President Obama has been firm in saying he would not be blackmailed by unreasonable demands from "one faction of one party of one house of Congress in one branch of government."

The irony is that Obama's health care legislation is not dissimilar to what mainstream Republicans were discussing in the 1990s, which shows just how far to the right the GOP has moved in the last 20 years.

Alarmingly, this is just the first act in a two-act tragedy. Next week, the same small group of Tea Partyites will try to prevent the House from voting to raise the US government debt ceiling.

New York Times op-ed economist Paul Krugman suggests that the impending government default "might cause financial catastrophe'' because "the assumption that America will always honor its debts is the bedrock on which the world financial system works."

If it were to become clear "that America couldn't be counted on" to do so, Krugman believes it could "create a huge financial crisis, dwarfing the crisis set off by the failure of Lehman Brothers five years ago." And having once defaulted, the damage of course would be irreversible — who would ever believe it couldn't happen again?

It's hard to imagine that elected members of Congress would purposely so damage their own country. But with a few wild-eyes willing to risk tit, what can President Obama do?

Give in to blackmail? That would arguably be more damaging to the democratic system than defaulting on its debt would be to the US' international economic reputation.

Brookings economist Henry Aaron suggests the Republican House, if it proceeds with the debt ceiling debacle, would in effect force the president to choose one of three paths, all of which are unconstitutional: "The Constitution requires the president to spend what Congress has instructed him to spend, to raise only those taxes Congress has authorized, and to borrow no more than Congress authorizes.

Such an act could, of course, invite his impeachment by the House, an act that would obviously not be upheld by the Democratic-controlled Senate. Yet, is it not better to be impeached for defending the full faith and credit of the United States than permit the country to default on its debts?

Mac Deford is retired after a career as a Foreign Service officer, an international banker, and a museum director. He lives in Maine and still travels frequently to the Middle East.