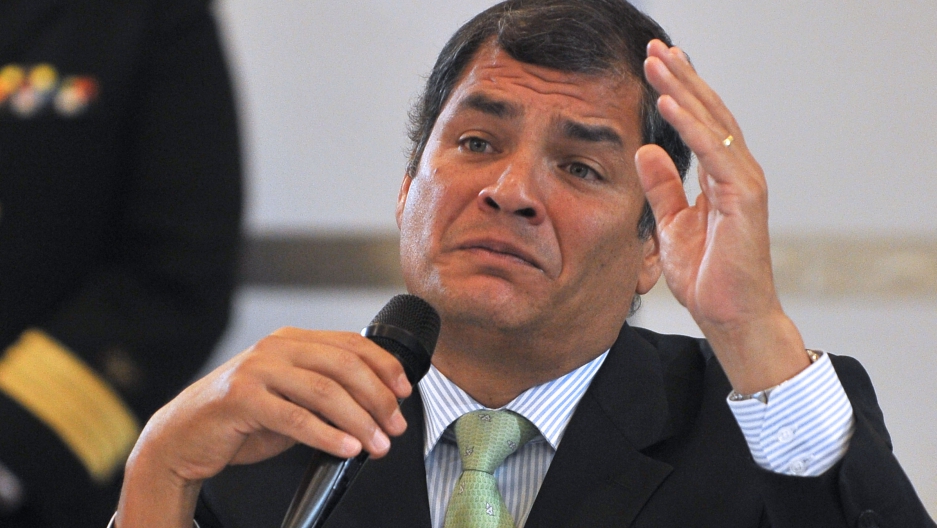 Ecuador's President Rafael Correa threatened on Friday to resign if the country's National Assembly decriminalized abortion as part of a Penal Code reform.

"They can do whatever they want. I will never approve the decriminalization of abortion," said Correa, referring to members of his own governing alliance, who have been pushing for the change.

He has accused them of betrayal and pushing their own agenda.

"It has cost me more, the betrayals of my own supposed friends, than the acts of my enemies," Correa said. "If these acts of betrayal and disloyalty go on, I will tender my resignation."

The president, who describes himself as a "left-wing, humanist, Roman Catholic," stated that the Ecuadorian Constitution defends life from the moment of conception and that the National Development Plan "for which the Ecuadorian people voted" did not include the decriminalization of abortion.

"Where do we say we should decriminalize abortion? On the contrary, our constitution pledges to defend life from the moment of conception," Correa said in a television interview broadcast on Thursday evening.

The National Assembly is now in the final stage of debates to change the Penal Code. Some of the other proposals being looked at include tougher prison sentences of up to 40 years and specific legislation regarding crimes against women.

The death penalty and life sentences are also banned by Ecuador's constitution.