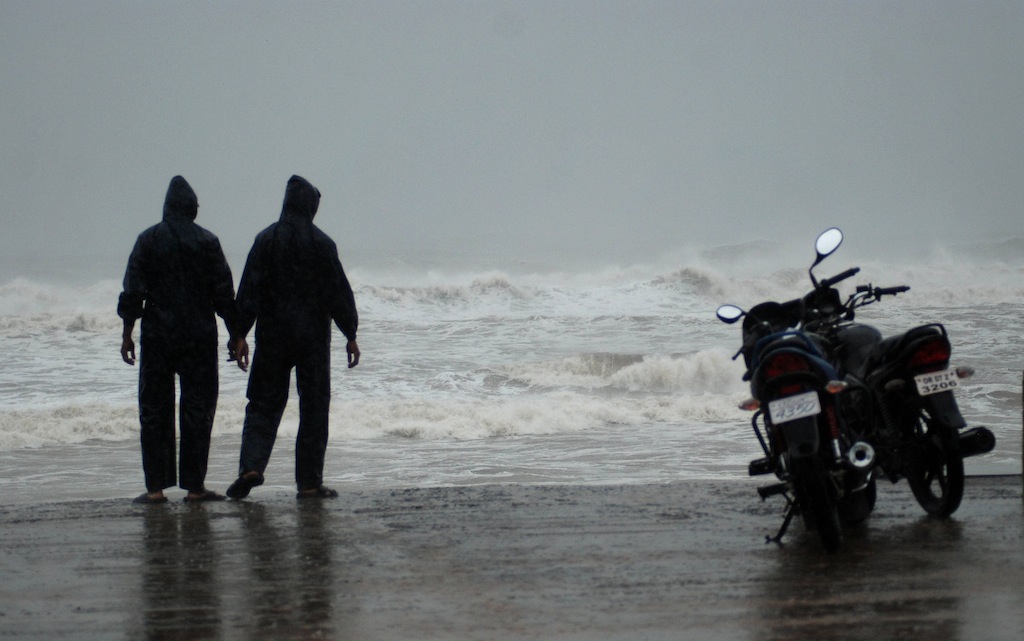 Cyclone Phailin crashed ashore in India on Saturday, forcing 800,000 people to evacuate from their homes.

Indian officials said the cyclone, which may be the strongest storm to strike India in over a decade, hit the country's eastern coast with maximum sustained winds of about 124 miles per hour, with gusts reaching 150 mph.

The Times of India described the scene in the state capital:

"The skies were dark — almost black — at midmorning in Bhubaneswar, the capital of Odisha and about 60 miles (about 100 kilometres) from the coast. Roaring winds made palm trees sway wildly, and to the south, seawater was pushing inland."

Many evacuees streamed to local Muslim and Hindu temples to pray for protection, NBC News said.

"No-one will be allowed to stay in mud and thatched houses in the coastal areas,'' Odisha's Disaster Management Minister Surya Narayan Patra said, according to BBC.

The BBC's Sanjoy Majumder in Odisha said the highways were lashed with rain and the streets empty of people.

"Shops, businesses and even petrol stations are shut," he said. "Most people have stocked up on provisions, unsure of what to expect."

Cyclone Phailin is expected to cause considerable damage, even by the "less dire" storm predictions being issued by Indian authorities, The Times of India reported.

The UK-based Tropical Storm Risk called Phailin a "super cyclone" and classed it at the maximum Category 5 strength.

Indian officials said the storm surge could be as high as 10 feet, The New York Times reported, potentially flooding the two Indian states of Odisha and Andhra Pradesh, but a US meteorologist told The Times of India the surge could reach 20-30 feet.

According to BBC News, the Indian army is on standby and aid packages have been prepared for helicopter delivery in storm-struck areas.