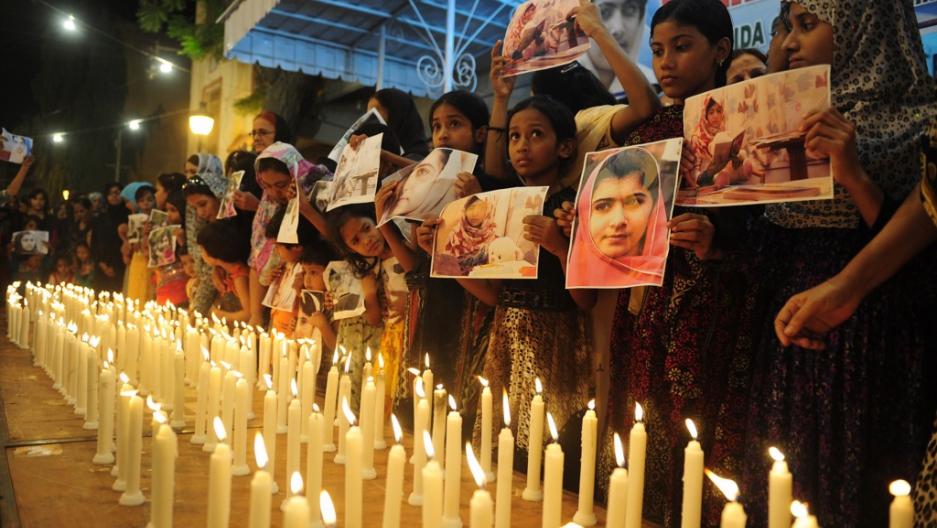 NEW YORK — If I could do it over again, I would of course just tell them to leave.

“Run. Run, for the sake of your lives.” But I’m pretty sure that they would not have listened.

I met the teachers of of southern Thailand's Ban Ba Ngo school in 2010, just days after an attack on their school. Ethnic Malay Muslim separatists had targeted the school buildings, trying to burn them down. On Dec. 11, 2012 the insurgents returned again, but this time to target the teachers.

Five armed men entered the school grounds during the lunch break. They barged into the school canteen. They methodically sorted the Buddhist teachers from the Muslim teachers. One of the armed men pressed a gun to the skull of the school’s director, a Buddhist, and pulled the trigger. Her name was Tiyarat Chauykaew. Another Buddhist teacher, Somsak Kwanma, was similarly executed.

They became the 156th and the 157th teachers killed in southern Thailand since January 2004.

These brave teachers are not soldiers. But they are risking their lives working on the front lines of Thailand’s conflict in its southernmost provinces, where insurgents target the government educational system because they view it as a symbol of Thai state oppression, and teachers as its representatives.

More from GlobalPost: The classroom is too crowded for refugee girls

In Pakistan, the gruesome shooting one year ago of 15-year-old Malala Yousufzai for advocating girls' education spotlighted the risks for students there. Pakistan is one of the world's most dangerous places to go to school. But in war zones around the world, students, teachers, and schools are regularly targeted for attack. Last year alone, armed forces and groups attacked students, teachers, or schools in at least 21 other countries in the midst of armed conflict, endangering children's lives, educations, and futures.

Such attacks are not a matter of collateral damage; they are part of deliberate, despicable strategies.

When I met with the teachers of Ban Ba Ngo school in 2010, they told me how five days earlier, late in the evening, a group of armed insurgents had stormed the school. They broke into classrooms and doused them with gasoline. They first set alight the library and the kindergarten room, using books and the children’s naptime mattresses to fuel the flames.

Soon our conversation turned to the teachers’ fears and concerns. They deflected talk about themselves or the risks they were taking. “Everywhere is dangerous,” one of them said. Instead, they fretted about their students.

They worried about overcrowding children in the remaining classrooms, and the noise and distraction that would create. They were concerned that with the library books burned, poorer students would be unable to borrow textbooks. “We won’t have enough blackboards!” one teacher exclaimed.

Access to a safe study space provides students with a sense of normality, routine, and calm amid the chaos of war. Schools can provide lifesaving information, like how to identify land mines. They can also shield children from recruitment as child soldiers.

A good education allows young people to develop the skills needed to build lives for themselves and prosperity for their communities, and promotes peace and post-conflict reconstruction.

Deliberate attacks on students, teachers and schools not being used for military purposes are war crimes, and ending such crimes requires global attention. Better preventive measures and a faster response are essential. Destroyed schools should be quickly rebuilt, not left as piles of rubble like so many in the areas around Malala’s hometown in Pakistan.

Where attacks on schools occur, the United Nations should be given access to negotiate with armed groups to end grave violations against children. Thailand, for example, has denied the UN access to verify the crimes being committed against children in the south.

The attackers must be held accountable. The man who shot Malala Yousafzai remains at large, as do those who ordered her attempted assassination.

Militaries should also refrain from converting schools into bases and barracks, which makes schools targets. In Syria, schools are being destroyed as both sides target enemy bases set up inside classrooms.

New international standards — known as the Lucens Guidelines — advise armies and rebel groups alike on how to better protect schools from military use. Countries around the world should endorse these guidelines and make them part of their military doctrine.

At the end of our conversation in Thailand, one of the teachers finally admitted that she felt “terrified.” But, she added with a shrug, “If we left, then the children would have no teachers.”